Renties Ypres Rally: new date October 1-3 – “A new challenge for the drivers in the autumn”

The Renties Ypres Rally is one of the biggest sporting events of the year in Belgium. Club Superstage works with a large team of volunteers for the whole year to prepare. Additionally, the route of the rally is spread over several municipalities, and as such many other local events must be taken into account. Other international events like Ghent-Wevelgem and the Tour of Flanders classic cycling events must also be considered. Therefore, it was a quite complex puzzle to find a new date. After consultation with all local governments and federations, the Renties Ypres Rally, and the Bernard Degroote Ypres Historic Rally, will be held from 1 to 3 October.

“The corona crisis and the ban on sports until July 31 have forced us, for the first time, to postpone the Renties Ypres Rally into autumn,” said Club Superstage president Alain Penasse. “It was a complicated puzzle to find a suitable date together with all parties. We will do everything we can to put on a great rally during the first weekend of October. With this date in early October, the Ypres Rally is also an ideal preparation for the World Rally Championship round in Germany. It will undoubtedly be a new challenge for the drivers to complete the well-known special stages in the autumn. The participants will have to finish more tests in the dark. In a way, we will return to the roots. ”

Good news for the drivers looking forward to go rallying again: registrations for the event are open on www.ypresrally.com. 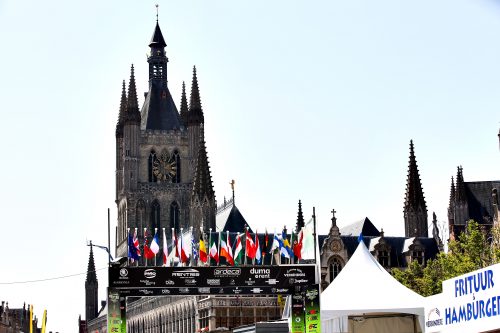