The exhilarating British Rally Championship will welcome a new look in 2022, as Motorsport UK today [19 October] announce a gripping seven-round calendar for next season.

Britain’s premier rallying series will feature a dynamic mix of classic events and exciting newcomers, taking in some of the best gravel and asphalt rallies in the country, visiting England, Scotland and Wales in the process.

Catering for top-flight Rally2 machinery, Junior British Rally Championship contenders and the popular National Rally Title, the new roster will test both reigning champions and new arrivals in a pulsating calendar, with each event stamping its unique mark on the tour.

The British Championship will get underway on a closed road asphalt event for the first time in over four decades as the Corbeau Seats Rally Tendring & Clacton hosts the BRC curtain-raiser in the south east of England. The ground-breaking event was the first English closed road rally back in 2018 and will see the elite BRC contenders tackle the exhilarating Essex lanes in April.

Staying on a sealed surface for round two, the Beatson’s Building Supplies Jim Clark Rally takes the series into Scotland in May and the highly regarded stages around the Duns rally base. With a long history of hosting the BRC, the Jim Clark Rally provides a lively encounter for the crews with two days of closed road action in the Borders to test even the most experienced of champions.

July sees a trip to the world-famous Welsh forests of the Nicky Grist Stages. Having made a return to the BRC bill in 2021, a scintillating battle played out across the rapid and flowing stages which have witnessed many world championship clashes. Expect fireworks on the first gravel round of the season.

Staying in the forests, the Grampian Forest Rally makes a welcome return to the calendar after receiving high acclaim on its inclusion in 2021. The Banchory based rally, just west of Aberdeen in Scotland, provided BRC contenders with a tough challenge as the high-speed forest tests were largely unknown to the title protagonists. The contest for top honours returns to Kincardineshire in August.

The acclaimed Get Connected Rali Bae Ceredigion heralds a newcomer to the BRC tour as the Aberystwyth based closed-road event provides an exceptional challenge across the bumpy and unforgiving moorland roads in September. First run in 2019, the event will offer a journey into the unknown as the Cambrian Mountains provide an ultimate test of car and crew.

The popular Trackrod Rally Yorkshire plays host to the penultimate round of 2022 after making a highly successful return to the calendar this year following an eight-year break. The super-fast and narrow stages in the Yorkshire forests witnessed a thrilling encounter and its Dalby test in the dark will test contenders to the limit at the end of September.

Offering the perfect curtain call on the 2022 season, the Visit Conwy Cambrian Rally retains its October slot and rounds out the British Rally Championship in style. Having the potential to see the champion crowned on the Llandudno seafront, the event takes contenders through world-class forest stages in North Wales.

It’s been an ever evolving landscape over the last two years or so and we have all had to adapt to the challenges we were faced with. But 2021 has arguably been the most successful season in recent BRC history with an exciting fight for all classes in the series and a very impressive list of registrations.

Our 2022 offering is an exciting mix of both gravel and asphalt events, each with individual features and formats. This ensures we can provide the traditional challenge that competitors expect from the BRC and they can also be sure of exceptionally high standards of events expected from the series.

The British Rally Championship is highly regarded and we have worked hard to ensure a cost-effective calendar for 2022. We hope that we will yet again see the sensational commitment and action from some of the best drivers in the business next season.”

*Provisional until ratified by Motorsport UK

Further news regarding next season will be announced in due course. 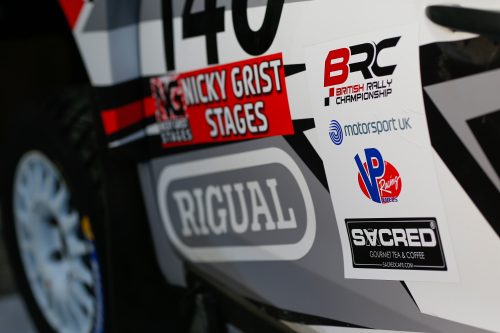