WRC2 star Rhys Yates will storm back into the British Rally Championship on the Pirelli Rally (27 April). The Englishman will bring his striking Skoda Fabia R5 back to Britain’s premier rallying series for the high-speed single day shoot-out in the classic Kielder Forest. Yates will be guided by James Morgan, the man who co-drove Tom Cave to victory last time out in West Cork.

“The reason I have come back was twofold. Firstly, we decided not to do Sardinia (World Championship round) due to logistical constraints and I needed a gravel event to get up to speed on the loose. Secondly, I miss the buzz of the BRC, so our first thought once we couldn’t do Sardinia was to go and do the British series to keep our hand in and pace up. The competition looks hot this year and there is a real depth of quick drivers and the competition will be something James and I can really get our teeth into.”

Yates’ best BRC result came on the Pirelli Rally exactly one year ago when the Derbyshire Dart flew to second overall. With many more competitive miles under his belt, Rhys is hungry to build on the groundwork he laid in the BRC last year.

“I want to use the rally as a test for Portugal and our WRC2 programme and bring us back up to speed on gravel. However, I am competitive – aren’t we all – so I would be lying if I wasn’t going for a result. I don’t have the pressure like the other guys who are fighting for the championship. I was second last year and think we are in a different place this year. I want to show another step forward on the gravel and I felt I did that on the Pirelli last year. My Tarmac performances I think came on last year and into 2019, so I hope it can be the same for the loose. I would of course would love to be fighting for my first BRC win next week.”

After three years developing his rallying trade in the BRC, Yates has stepped up into a full-time WRC2 programme – fighting the very best R5 drivers in the world.

“It’s been brilliant to step-up to WRC2, and to do events like the Monte and Sweden is incredible, but I have missed the BRC. I have only missed two rounds but I am chomping to get back in the fight. The BRC feels like home – its a mega series and I am pleased to be back and supporting it once again. It’s a perfect stepping-stone for any driver. I am still new to rallying but if I didn’t do the time in the BRC I would be really struggling in the world series. Having recce and two or three-day events in the British makes that step so much easier to the WRC when you have four days of competition and two days of recce to content with.

“WRC2 has been about progression for me. The first few events was about building the pace, ticking off little objectives and getting something out of each rally. The end of the season for us will be Wales Rally GB and Spain where we will be pushing on and opening the taps.”

Rhys Yates will look to take the fight to the BRC regulars on the Pirelli International Rally (27 April). 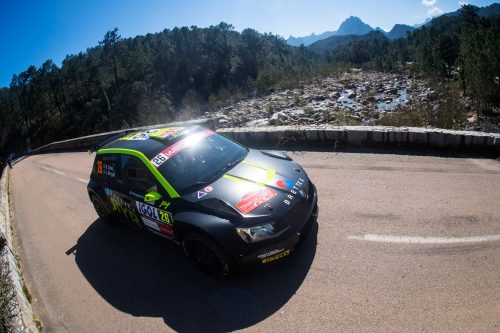