Entries have opened this week for the opening round of the all new MSA British Rally Championship (BRC), The Mid Wales Stages. Based in Newtown, Powys, the revamped 5th/6th March event which is organised by Newtown and District Motor Club will kick off the eagerly anticipated BRC with a tough two-day format across some of the stages used on final round of the World Rally Championship, Wales Rally GB.

Event organisers have been working hard on a new-look format for the 68 stage mile all-gravel rally which has been running since 1977 and have devised a route that will be an eye opening introduction to the British Championship for crews from around the world.

After the British Rally Championship crews complete the “recce” of the stages beforehand on Friday 4th March, the rally kicks off with two stages totaling over 25 miles under the cover of darkness on Saturday 5th with Hafren/Sweet Lamb and Myherin providing a challenging wakeup call over stages used on the WRC finale`.

Day two will see Pikes Peak, Myherin and Sweet Lamb all feature on the schedule to complete the 43 stage miles before the mid-afternoon Ceremonial Finish back in Newtown greets the successful finishers.

Theatre Hafren in Newtown will play host to the event, providing Rally HQ, documentation and pre-event scrutiny. The start and finish ramp, pre and post event press conferences will also be hosted by the Theatre and College centre with the Service Park a short distance away in the industrial park opposite.

Whilst eyes are undoubtedly on the British Rally Championship runners, event organisers have ensured the 2016 Mid Wales Stages has a format to suit everyone and have devised a National B Rally which follows the BRC schedule for those competitors not entered in the championship.

Chris Tomley, Clerk of the course is pleased with how the event has come together. “It’s been a really tough task to change the format of the event and accommodate all of the recent rule changes” he says.

“But the team has worked tirelessly to ensure all our championships and competitors are provided with a challenging and enjoyable rally and we think we have managed to achieve just that. We have arguably some of the best stages in the world at our finger tips and it’s a real honour to be able to showcase these to the MSA British Rally Championship competitors. Add to that the Pirelli MSA Welsh Rally Championship, ANWCC, HRCR Stage Masters and Defender Challenge crews and I think we have all the ingredients for a really impressive event.”

Rally Guide 1 and the event regulations are available to download at www.midwalesstages.co.uk

You can keep up to date with all the event news on Social Media at: 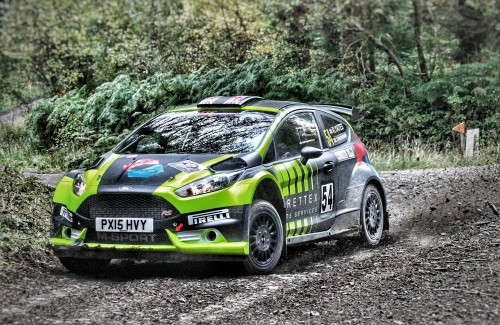