Williams, who finished runner-up in the Junior BRC last season will return to his trusted Vauxhall ADAM R2 for the second round of Britain’s premier rallying series in 2019. After a troubled first round in a Ford Fiesta R2, Williams is eager to get back on the rostrum and get his title tilt back on track.

“It is what it is,” shrugged Williams. “It was a challenge to get to the rally and then sadly the wheel came off on the third stage and we had boost problems on the opening two. I want to put that behind me and focus on getting a finish and bank some good points.”

After a difficult Cambrian Rally, James along with co-driver Tom Woodburn will strap themselves into the ADAM – a car Williams had a great deal of success in after claiming victory in Ypres and in Wales.

“I haven’t been to Cork before but having looked at the stages they seem very fast and flowing – kind of like Ypres – and we went well there. The car is brilliant, and I can’t wait to get back into it. The only issue we had last year was having the ability to conserve the brakes – and I think over the winter we have sorted that.”

So what lies ahead for the Vauxhall driver? What are his hopes in Clonakilty?

“I haven’t finished a BRC event across the Irish Sea yet, so for me going back into the car will help build the confidence. Points and a finish is the target but of course I will be pushing for more if I can!” 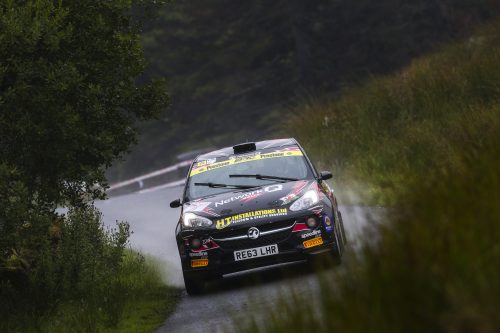