With entries closing for the FIA World Rally Championship event in just over 24 hours time, Wilkinson has taken advantage of the discounted BRC entry into the final event of the season.

“I have always been a big fan of the BRC and supported the series since 2000, so it was a no brainer to register and be a part of the series and take advantage of the entry fee. Hopefully others come and give it a go, enjoy the experience and drive on some of the best stages in the world with the BRC.”

The Warrington-based driver returns to Britain’s premier rallying series in his Subaru Impreza WRX for a third season. Juggling business commitments with rallying forced Wilkinson to miss the majority of the series, but the BRC bug has bitten and the Subaru driver is back to continue his love affair with the Welsh event.

“I enjoy the challenge of longer events, battling the elements and enjoying the whole social occasion that goes with it,” enthused Wilkinson. “This will be our sixth WRGB in a row and we absolutely love it. The car’s FIA homologation runs out this year, so to do a WRC round and enter the BRC is a great way to celebrate that. My co-driver Glyn Thomas and I really enjoy Wales Rally GB. It’s the highlight of the year with some awesome stages once again. Having not been in a rally car since the 2017 event, I can’t wait to get out there again and get going.”

The Subaru Impreza is an icon of the forests and Spencer is set to return to the Production Cup as he brings the hatchback iteration of the Impreza back to the stages.

“The Subaru is a great car to drive. The team and I know the car, it’s reliable, strong and cost effective and I am looking forward to getting back in it next month.” 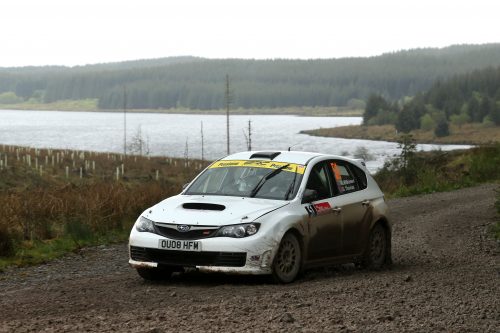