Rapid Peugeot pilot Kyle White returns to the Junior British Rally Championship in 2022, after producing a blistering performance in the series on his debut season.

The 25-year-old from Belfast was a star of the hotly contested championship in 2021, pushing his older specification Peugeot 208 R2 to the limit and taking the fight to the modern Rally4 machinery. Now White and co-driver Sean Topping will embark on a second season, but will step up into the latest offering from the French marque, the Peugeot 208 Rally4.

White impressed onlookers with his grit and determination last season, even leading the Junior BRC championship in the first half of the year but misfortune and technical issues dropped him down the order.

Armed with the all-new Gary White Car Sales backed Peugeot, White has his sights set firmly on the winner’s prize, where the Junior BRC champion will be offered a drive on a World Rally Championship round in a Hyundai Motorsport Customer Racing built i20 N Rally2.

“There are a lot of challenges ahead this season but I`m very excited to be returning to the BRC in the new Peugeot 208 Rally4” says White.

“It will be very interesting to see how much closer we are in the new car but its one of the most competitive championships there is so there is no doubt that the competition will be tough. We have a new car coming direct from Peugeot Sport in France so won’t have much chance to test before the first round in Clacton but we are aiming for solid and consistent finishes this season; that’s what we lacked in 2021.” 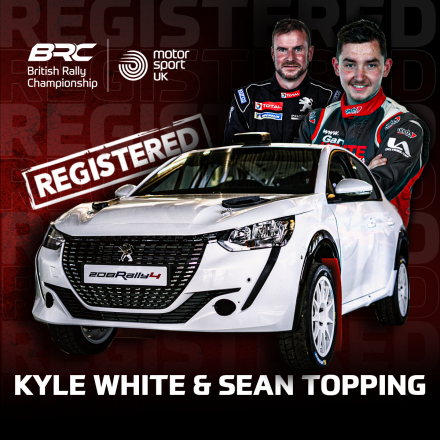