BTRDA 1400 front-runner Ryan Weston has signed a deal this week to tackle the all-new DMACK Junior British Rally Championship in a brand new M-Sport Ford Fiesta R2T. The 19-year-old from Aberdeen will use the one litre turbocharged machine in the newly announced series and will be run by Welsh preparation firm Melvyn Evans Motorsport, alongside Merion Evans in a similar car.

Having tackled the all-gravel BTRDA series for the last two years in a Proton Satria and finishing third overall in the MSA English Rally Championship in 2015, Weston will make the leap into the DMACK Junior British Rally Championship as he bids to win a part funded drive in the 2017 Drive DMACK Fiesta Trophy, run alongside the World Rally Championship. He will be joined by regular co-driver Mark McCulloch for his BRC campaign.

“It’s going to a massive learning curve for us this year but I`m really excited to have the opportunity to compete in the Junior British Championship” said Weston. “The Proton is quite a potent car but the Fiesta R2T will require a different driving approach altogether and it will be a whole new experience for me competing on closed road events. The BTRDA series has been a great stepping stone but now it’s time to move on with my career and the Junior BRC is the perfect place to do just that.”

The MSA British Rally Championship will return with a new format in 2016 which includes a seven round series, kicking off with the Mid Wales Stages in March. Classic events such as the Pirelli Carlisle Rally, Ulster Rally, Rally Isle of Man and the Circuit of Ireland will be a new experience for Weston but he aims to remain level headed throughout the tough year ahead.

“I’ll be just looking to go out and enjoy myself and gain experience of the different events for the future” he says. “There will be a lot to learn and I’m sure the pace at the front of the Juniors will be pretty impressive. But we can build on that as the year progresses and consistency will be key to our championship position at the end of the year.” 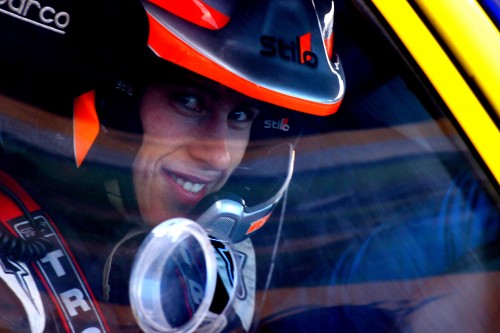