Waterman signs up to cadet BRC

The young-gun from Leatherhead is the second driver to sign up to the cadet class for 2017 and is looking forward to getting stuck into Britain’s premier rallying series.

“We acquired the car the end of July last year and shortly after undertook a few tests on Tarmac and gravel to get used to the car and practice pacenote delivery,” explained Waterman. “We have done a few events now and have been gradually getting quicker and a few weeks ago I was driving on the snow with former works Skoda driver, John Haugland. We did 500km on the ice and snow and I feel really comfortable in the car ahead of the new season. Driving in such extreme conditions will really help me on other surfaces and who knows, we could have snow on the first round!”

Rallying is a relatively new thing for Waterman who originally came from a karting background. After considering various championships, the BRC was calling for the Surrey-based driver, who wanted to learn the variety of surfaces and develop recce skills.

“We were going to do the Junior BRC anyway but when the cadet class was announced it cemented our choice as we think with the older-spec Fiesta we will be a lot more competitive in the cadet class.

“I am really looking forward to the Nicky Grist Stages. The mixed-surface challenge is an exciting one. Going from the gravel to Tarmac will be really character building. Ypres and the Isle of Man are legendary events as well and on those two I am hoping to persuade my Dad to bring out his historic Escort to join in the fun.”

“Harry [Thomas] and I are competitive people, no matter what sport we play. The most important thing is to gather the experience of all the events this year but we want to be at the front of the class and be fighting for the title at the end of the year.

Alex and Harry along with the other BRC crews will head to the first round of the Prestone MSA British Rally Championship in Jedburgh, Scotland on the 17/18 March. 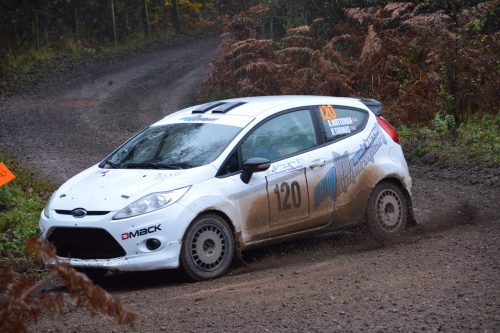