Alex Waterman and co-driver Harry Thomas become the latest British crew to tackle the legendary Rally Finland – the next round of the FIA World Rally Championship.

The Prestone Motorsport News Junior BRC crew switched to the turbo-charged Ford Fiesta R2T for 2018 as they stepped-up from the Cadet Cup. Preparation firm MH Motorsport are once again running the machine for the young pairing. After a sizeable shunt on the Renties Ypres Rally the Hampshire firm are in the process of rebuilding the car with a return from the body shop the latest activity this week before it is sent to Finland for the rally at the end of July.

Rally Finland… how did it come about? Alex tells us more about the Scandinavian adventure ahead.

“My Dad got me into rallying and that’s what sparked the idea off for Finland I think. It has to be right up there in terms of bucket list rallies with the Monte Carlo and Rally GB. Harry and I have just finished our time at University so before we head out into the working world it fitted quite nicely time wise to go and let our hair down and do a WRC event!

“It’s one of the most talked about events on the WRC calendar and it has so many great stories synonymous with the rally. As a whole the best rally drivers have come from Finland. If you take Marcus Gronholm, two-time WRC champion he has won the event seven times and more recently Esapekka Lappi has emerged as a future World Champion after his win in 2017. You can see why they are so good, as the jumps look fearsome and the roads so wide like motorways – so you can carry a lot of speed everywhere. The event is like a gravel version of Ypres but on steroids! Lots of people, great stages, great competition and great atmosphere!”

The English driver has been competing on home soil recently and while another sport is ‘Coming Home’ Waterman is traveling abroad to gain vital experience to broaden his rallying CV.

“Our main goal is to enjoy it. Harry is in the MSA Academy and this event will be another developed event for him as well as myself. I think it will really open our eyes as we have over 300km of new stages to get our heads around and we will be using the event to make our own pacenotes which will help us when we come back to the BRC. If we get to the end with a good result we will be really happy. The Junior WRC will be there and naturally we want to see how we do against them but at the same time I don’t want to be dragged into that, as we are only in our second year in the sport.”

With the excitement building ahead of his first Finnish flying lesson, the Leatherhead-based driver remained grounded with his thoughts for the rest of the 2018 BRC campaign.

“We will always struggle with a strong finish in the championship standings as we missed the first round due to exams and had a retirement in Belgium. We are still learning and the most important thing for us is to see our times get closer to the front of the pack on each event. Last year we had a good year in the Cadets and funny enough on Facebook, a memory came up of our Cadet win on the Nicky Grist which was a nice reminder of some of the events to come which we really enjoyed last year. We go back to the Isle of Man and Wales Rally GB with a year under our belt, which may help us compared to those who have not done the event before.”

After WRC action on Rally Finland 26-29 July, Alex and navigator Harry Thomas will return to BRC action on the 17/18 August for the John Mulholland Motors Ulster Rally.

Good luck boys from the whole of the BRC! 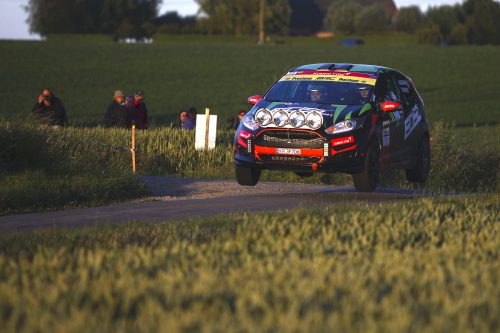