Ulster Rally organisers are appealing to crews planning on taking part in next month’s event to submit their entry before the early closing date of October 28 to avoid incurring extra expense.

After that date, any remaining spaces for the closed-roads rally – which is being promoted by Northern Ireland Motor Club Ltd, and sponsored by Modern Tyres – will cost significantly more.

Following the COVID-19 pandemic, the administrative side of the rally has had to be reworked, with this placing a “heavy administrative load on the entry secretaries”, according to the Event Director, Richard Swanston. “The earlier we receive paid-for entries, the better,” he explained.

“The entry to date is very strong indeed. We have many of the key players from the British and Junior British Rally Championships, including defending champion Matt Edwards, M-Sport Ford test driver Matthew Wilson, and Keith Cronin who’s won the BRC on four different occasions.

“A strong mix of Irish drivers have also entered, including the newly-crowned Northern Ireland Rally champion Jonathan Greer, FIA European Rally Championship regulars Callum Devine and Cathan McCourt, and Hyundai Motorsport Customer Racing Junior driver, Josh McErlean. And then you have Donagh Kelly, who won this event back in 2015 to seal the Irish Tarmac title.

“As we previously announced, November’s event is sticking with a one-day format. It will have a high stage to road mileage ratio,” he added. “With the date change to November, there will also be a return of dark stages to the Ulster which is sure to add another element to the rally.”

Stephen Shaw from Modern Tyre Services added: “As the event countdown gains momentum, we are all busy behind the scenes making the necessary preparations to welcome competitors, teams, spectators and officials to our new facility in Newry. The entry is looking good and we are looking forward to what is shaping up to be another great event.” 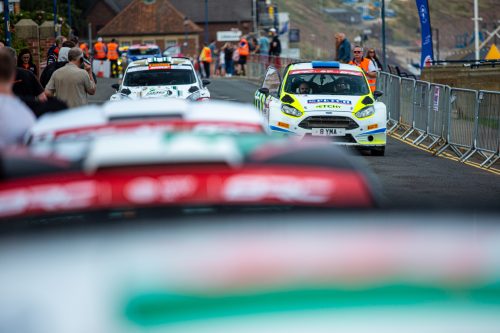