Top of the class on the Border Counties Rally

As well as the highly competitive, BRC, Junior BRC and Cadet Cup classes, the opening round of the Prestone MSA British Rally Championship saw three other classes get underway on the Brick & Steel Border Counties Rally.

In BRC4, World Mountain Bike Champion Gee Atherton was experiencing the BRC for the first time. With Keaton Williams alongside, the Red Bull athlete grabbed the advantage from the off in his new Ford Fiesta R2T – putting his mud and dirt experience into practice to take the class win from David and Matthew White. The father and son partnership overcame gearbox gremlins on the first night to make it to the finish, gaining much needed mileage in their new Ford Fiesta R2 before their trip to Corsica to contest the French round of the FIA World Rally Championship next month.

Donnie Macdonald got his first taste of R5 rallying machinery in the BRC, with the Scotsman picking up from where he left off last season – top of the timesheets in the National Rally Cup, with Andrew Falconer calling the notes. The other registered crew on the opening round of the NRC was John Morrison and Peter Carstairs in their Mitsubishi Evo 9. The experienced pair set some impressive times to take the runners-up spot ahead of their preferred rounds later in the season.

Spencer Wilkinson and Glyn Thomas enjoyed their BRC experience in the iconic Subaru Impreza, with the duo claiming Production Cup victory at the end of the demanding two-day test. 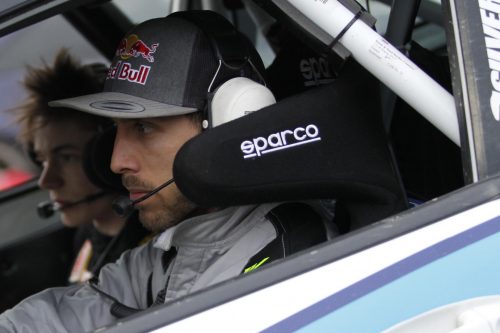