Tom Preston has joined CA1 Sport’s 2016 MSA British Rally Championship line-up to drive a Hippo Motor Group-backed ŠKODA Fabia R5 from the next round of the series, the Pirelli Carlisle Rally (April 30-1 May), onwards.

Preston tested his brand new car for the first time at the Forest Experience Rally School complex in Carno, mid-Wales, last week. Co-driven by Jack Morton, the 35-year-old from Earby in Lancashire then gave the ŠKODA its first competitive shakedown on the Somerset Stages, finishing a trouble-free 7th overall.

Tom Preston said: “Our plans are to contest the rest of the British Rally Championship, from the Pirelli Rally onwards, and as many rounds of the BTRDA as we can. I need as much seat time in the Fabia R5 as I can get, because without the active differentials and things like that it’s a very different car to drive than the Focus RS WRC. We normally only do around six or seven events a year, and I really need to do more rallies so that I can be competitive in the BRC. It’s going to be a learning year in a new car, as we prepare for big push next year.”

Martin Wilkinson, Head of CA1 Sport, said: “We’re absolutely delighted that Tom has moved into the British Rally Championship with us in an R5 car. Having worked with him for many years, we have seen what a talented and technically competent driver he is. The ŠKODA Fabia R5 is a lot different to the Ford Focus RS WRC that he drove last year, but we’re confident that Tom will quickly get to grips with the new car and really benefit from a learning year. Our aim as a team was to run four cars in the BRC this year – the way we are set up technically and logistically makes a four car team perfect. It’s worked out very well indeed and we couldn’t be more delighted with the driver line-up we have.” 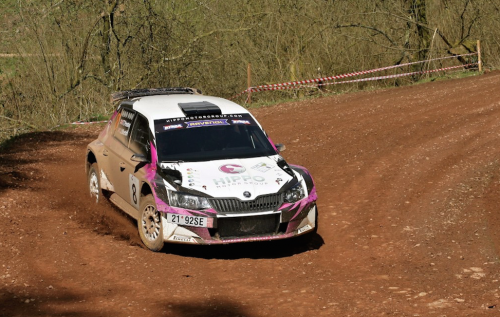