Thorburn set to unleash the lion

Euan Thorburn has confirmed he will make an assault on the full MSA British Rally Championship in 2016 in a brand new Peugeot 208 T16 – and says he is out to win in the French machine.

The Scottish driver has a vast amount of experience of four-wheel-drive technology. The 29-year-old claimed the Scottish Rally Championship in 2014, and in 2013 he won the BTRDA Championship and Wales Rally GB National Rally in a Ford Focus WRC. More recently, Euan competed on selected rounds of the European Championship in a Ford Fiesta S2000 in 2015.

More usually seen in a Ford, the chance to run Peugeot’s R5 car was too good an opportunity to miss.

“We had an invite from Peugeot Sport in France to test the 208 T16 as they were keen to see a car compete in the UK. They offered us a great deal and it was something we couldn’t turn down. It will certainly be something different and we can’t wait to bring it to the stages,” enthused a delighted Thorburn.

The Duns-based driver is no stranger to the BRC, having participated in the series between 2009 and 2011. Now with the keys to the 208 in his possession, Thorburn is ready to unleash the lion onto the stages.

“We have entered the BRC before but never gave it a proper go earlier in my career,” he explained. “Now with a lot more experience and a level playing field with the new rules, it was something we just had to do.

“The events on the calendar are the best in the UK, and I can’t wait to have a go at all of them as they are all special in their own way. The Mid Wales Stages is a great opener and we are looking forward to all of them, especially my home event, the Scottish Rally.

“We are here to compete at the top, as we are in the BRC to do the best job we can. We want to challenge the benchmarks like Elfyn Evans and beat them. I would love to win at home. The BRC is a big thing to enter and it would be unbelievable to win it!” 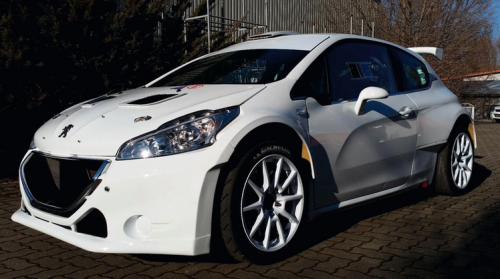