The Sun has got its bobble hat on

Motors editor at The Sun returns to an MSA British Rally Championship round after several years away from the series.

Rob Gill graced the series back in 2007, scoring his best championship result of eighth overall on the Pirelli Carlisle Rally. Rob last saw competitive action on Wales Rally GB last year when he took the WD-40 backed Ford Fiesta R5 nicknames ‘Budgie’ to 43rd overall and he is eager to make his return to Britain’s premier rallying series.

“The Pirelli is a special rally for me. It has to be my second favourite after Wales Rally GB,” explained an enthusiastic Gill. “When I was match fit a few years ago, one of my best finishes came on the Pirelli Rally but like with many things family and work meant I had to sit on the sidelines since then.

“I am used to driving Group N showroom cars, where as the R5 Fiesta is a pure rallying machine. The performance is mind blowing. The acceleration is crazy and when you take off and land it’s like landing on a pile of pillows. I am incredibly lucky to drive one of these things.

“My aim is quite simple. I wont be going for times or results as I am not registered for the championship. I want to just get to the finish and not put a scratch on the car. What I do want to do, however, is have the biggest smile at every stage end. I want to showboat and be as sideways as possible putting a smile on all the spectators and marshals out on the stage watching.

“We hope to do more events later in the year. I love the Manx and would love to go there if time and budget allows. I also hope to take the car to the Goodwood Festival of Speed and CarFest events.”

The Sun journalist is an avid supporter of the British Rally Championship and has been a keen observer over the years.

“The team at the MSA and IMS must be congratulated as the regs work, the TV is back and we have British drivers fighting at the front, alongside drivers from around the world. The BRC has always been the breeding ground for World Championship stars of tomorrow and this year is no different with the caliber of drivers throughout the field. The future is looking great for the series once again.” 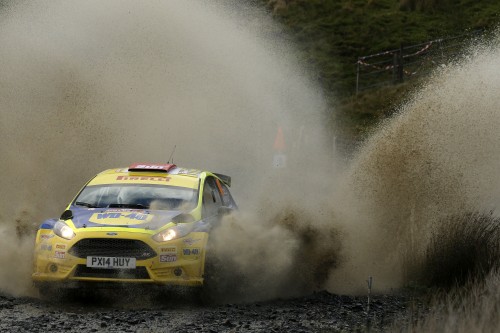