It is with regret that the fifth round of the 2018 Prestone MSA British Rally Championship – Rally Isle of Man has today been cancelled by the event organisers (Sunday 2 September).

“From a British Rally Championship perspective, we are naturally, incredibly disappointed that the event has been cancelled,” said BRC Championship Manager Iain Campbell. “We appreciate the monumental work put in by the event team to try and make the rally happen. This now does make the final two rounds of the series in Wales vitally important for the championship fight in all classes.”

The final two rounds of the series will take place across Dayinsure Wales Rally GB on 4-7 October. Entries close for the British FIA World Rally Championship event and concluding rounds of the BRC on Tuesday 3 September.

The exciting new look 2019 BRC calendar will be announced in due course.

Full statement from the organisers of Rally Isle of Man is as follows:

Statement from the Rally Isle of Man

It is with great regret that the Organisers of the 2018 Rally Isle of Man (13th-15th September) have been left with no option but to cancel this year’s event.

Despite enormous efforts by the vastly experienced Organising Team, who had created an exciting and challenging 18 stage, 140 stage mile route over some of the Island’s classic asphalt rally special stages, there have been insurmountable delays in securing the necessary Road Closure Order from the Isle of Man’s Department of Infrastructure.

The 2018 Rally Isle of Man was to be a qualifying round of nine major championships, including the Prestone MSA British Rally Championship, FIA Celtic Rally Trophy and FUCHS Lubricants British Historic Rally Championship and was going to attract a large number of extra visitors to the Island this month.

The Rally Isle of Man event Organisers would like to thank the huge number of volunteers, local businesses and individuals who have supported this year’s event and who were looking forward to welcoming these visitors to the Island, and can only apologise for any inconvenience this unavoidable decision will cause. Rally Isle of Man would also like to extend its heartfelt regret to the teams and competitors who were looking forward to contesting the event and reassure them that a full entry fee refund will be made available. 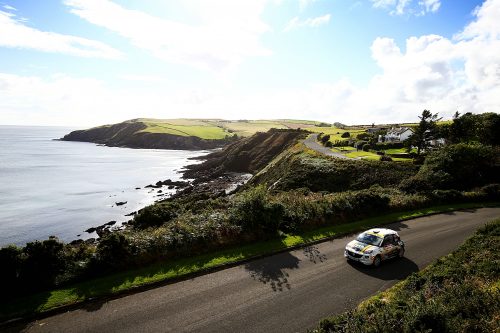