The opening round of the 2018 Prestone MSA British Rally Championship, the NCS Border Counties Rally has moved its format from a two-day event to running everything on Saturday 10th March.  The late decision has been taken by the event organisers after the break-even figure for entries across all the championships was not achieved.

With the National A BRC event down by four entries and the National B rally (formed by the ARR Craib MSA Scottish Rally Championship, Ecosse Challenge, Northern Historic Championship and Border Rally Challenge) down by 14 entries on 2017 figures, the event could not viably be held in its original format.

“Naturally the shortening of the event and reduction in miles is not ideal for our opening round,” explained Prestone MSA British Rally Championship Manager Iain Campbell, “but the most important aspect is the viability of the event and the long-term stability of the organising clubs. No-one likes to see that numbers are down, but without each of the championships participating on this event, the decision would have been to cancel the rally rather than offer the revised format.

“We feel for the organisers after all the work they have put in. However, the good news is that there are still some great stages on offer next Saturday and we are looking forward to a fantastic event to launch the new BRC season.”

The original two-day 80-mile rally will be shortened to a one-day, 44-mile event and will be held on Saturday 10 March 2018. 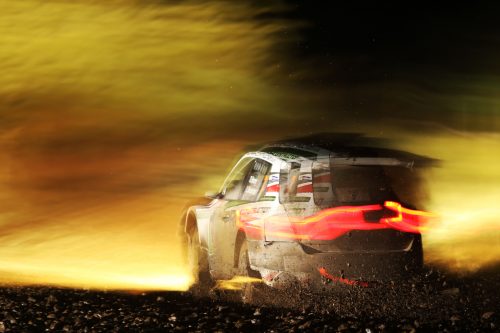