The great and good from the Prestone MSA British Rally Championship’s illustrious history will gather at the Principal Hotel in Manchester on Saturday 25 November for the 2017 BRC Awards and 60th anniversary celebrations.

A list of who’s who in British rallying will be in attendance including Ari Vatanen and his championship winning co-driver David Richards, multiple title winner Mark Higgins, popular co-driver Nicky Grist, eighties heroes Russell Brookes, Jimmy McRae and Malcolm Wilson as well as Stuart Turner – the first ever co-drivers champion in 1958.

Keith Cronin claimed his fourth championship by just one tenth of a second and one championship point on Rally Isle of Man. He will be on hand to talk about his ‘toughest title yet’ while Callum Devine became the Prestone Motorsport News Junior BRC Champion and will walk away with a cheque for £30,000 on the night – one of the biggest cash prizes in British motorsport.

Tickets are currently available and the evening is open to everyone involved in the sport from drivers, co-drivers, team members, marshals, officials, fans and spectators. The night of awards, reminiscing and laughter will be hosted by Colin Clark and Howard Davies, with all of the stars of 2017 being honoured after a hard fought season.

To book your tickets, visit msabrc.com/shop today as the ticket deadline is Wednesday 15 November at midnight. 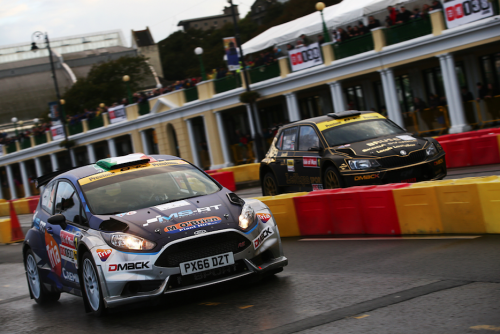