One of the most eagerly anticipated British Rally Championship seasons in recent times gets underway this weekend in the forests of North Wales as the Visit Conwy Cambrian Rally kick-starts an exciting first encounter of the new season.

The popular one-day Llandudno-based event offers up some of the best stages in the world, with classic stages like Elsi, Gwydyr, Penmachno and the Great Orme are favourites on Wales Rally GB. Now the famed forestry tracks and picturesque ribbon of Tarmac will become the gauntlet for the opening round of the BRC, as a stellar cast are set to go head-to-head against the clock over 50 competitive miles.

Getting the event underway and leading the BRC runners will be defending champion Matt Edwards in a brand-new Ford Fiesta R5 Mk2. The local star won his home rally last year and will have the honour of carrying the number one on the side of the M-Sport-backed machine on the stages just a stone throw from his Llandudno home. With 2018 co-driver Darren Garrod back in the co-driver seat, Edwards will be gunning for a hat-trick of BRC titles – a feat achieved by nobody else in the series’ 62-year history.

Whilst Edwards is keen to get off on the right foot, several drivers will be hoping to spoil his homecoming as they prepare to lock horns and do battle on the challenging Welsh gravel.

Tom Cave, who pushed Edwards on every stage on every event last season will renew his rivalry with his fellow countryman once again in 2020. The driver from Aberdyfi will pilot a Hyundai i20 R5, but this season will be joined by the vastly experienced Dale Furniss in the navigator seat. Cave has finished runner-up in in the BRC on a number of occasions and will be seeking his first title come the Galloway Hills at the end of the year.

Reigning Junior BRC Champion Josh McErlean will step-up into the BRC big time after a stellar season in the front-wheel-drive category last year. The young Irishman also won the Billy Coleman Award in 2019 and will use his prize fund to join the top-flight with British co-driver Keaton Williams as they become Cave’s stablemate in a sister Hyundai R5.

Osian Pryce makes a welcome return to the British Championship after a two-year absence. The Machynlleth man will also be behind the wheel of a Hyundai, with Noel O’Sullivan sat alongside. The duo will hope to gel quickly so they can be challenging for wins and the title this season.

After an even greater absence, Proton will return to the British Rally Championship with a factory car in the hands of Ollie Mellors and Ian Windress. Last seen in 2016 in a S2000 Proton Satria, the Malaysian brand will give its Iriz R5 a full international campaign against some strong opposition in the BRC. Mellors, a previous winner of the Cambrian Rally will be a major unknown package and could be a dark horse for a strong result this weekend.

Another driver hoping for Eastern Promise in the Proton will be James Williams from Newcastle Emlyn. Williams like Junior BRC sparring partner McErlean will step-up into the BRC top class for 2020. The Welshman will have the experienced Dai Roberts calling the notes as the partnership aim for further success after taking multiple wins in the feeder category.

FIA World Rally Championship star Rhys Yates returns for an assault on the BRC. 2020 will be a busy year for Yates and co-driver James Morgan as the crew juggle their WRC2 season with M-Sport Ford and a title tilt in their domestic series. Like Champion Edwards, Yates will hope the new Fiesta R5 will help him do the business on the Welsh stages.

Former Junior World Championship competitor Tom Williams makes a welcome return to the British series after a couple of years in the globe-trotting series. Tom has driven the first-generation Ford Fiesta R5 on several tests and show events, but this will be the first time he will drive a four-wheel-drive car in anger as Jamie Edwards comes out of retirement to help guide the young-gun through the tree-lined stages.

2019 Irish Forestry Champion Cathan McCourt and navigator Barry McNulty switch to the British series this season. Like Tom Williams, they pin their hopes on the Fiesta R5 – the car that has taken the BRC crown the past four seasons. McCourt will be looking to feed himself into the series and be ready to pounce if his more experienced rivals falter.

€60,000 up for grabs in Junior British Rally Championship

The explosive Junior British Rally Championship for drivers in front-wheel-drive R2 cars returns with a whole host of talented stars under the age of 26. For this year, the series switches to a one-make series for the Ford Fiesta R2T with a €60,000 voucher from M-Sport and Pirelli the dangling carrot for the class of 2020.

William Creighton will surely be the man with the target on his back. Twice a runner-up in the Junior BRC, he has the pace and experience to fight for the title. The Ulsterman just needs the rub of the green and he could well be a formidable force on the stages this season.

However, there will be whole host of series returnees and newcomers who will be out to spoil the Creighton party. David Kelly, Rupert Flynn, Finlay Retson, Eddie Lewis, Brian Brady and Peter Jackson will all step into a turbo-charged blue oval this season.

For the first round of the Motorsport UK National Championship, Alan Carmichael in his right-hand-drive Ford Fiesta R5 will hope to get a finish under his belt after a disappointing retirement on the 2019 event. 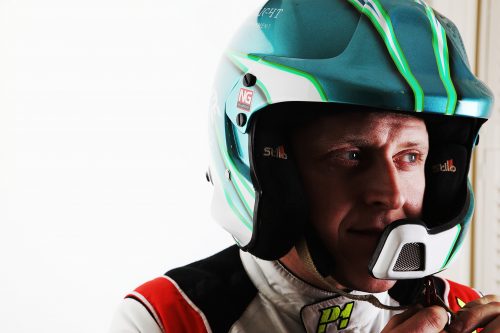