As part of the agreement, SORT Oil will offer prizes for all classes on every event in the BRC from the National Cup to the BRC1 category. The winner of each class will receive a £100 lubricant voucher, second place £50 and the third-placed crew will be the recipient of £25 to spend on SORT Oil products of their choice.

UK distributor of SORT Oil, Ben Mellors is pleased to be associated with the revitalised British Rally Championship.

“Being a new company to the UK and with the new-look BRC, the synergy worked perfectly for us,” enthused Mellors. “We have only been importing the products for the last six months so we wanted to get the name out there further and improve the brand awareness.

“To speak to and work directly with the end consumer is very important to us and what better way than being associated with the BRC and all the excitement and enthusiasm around the championship there is once again.”

There is also a £200 voucher for the ‘Performance of the Rally’, which will be nominated and awarded by SORT Oil and the BRC team.

“We not only wanted to give prizes to the top three who have fought hard for their podium places, but also to those who make rallying special,” said Mellors. “The ‘Performance of the Rally’ award will be given to the driver, team or crew that may have overcome adversity, helped another competitor or produced an incredible performance out on the stages. We wanted to award someone that brings great rallying spirit to the event.”

“We are very excited to be working with SORT Oil for the 2016 BRC season,” announced Campbell. “For competitors putting a season together, every little certainly helps. If you have a good string of results in your class, you could have a year’s worth of lubricants fully paid for.

“Like the championship, the brand has grown over the last few months and we look forward to working with them to choose the ‘Performance of the Rally’ over the course of the season.”

The championship tie-up further strengthens SORT Oil’s involvement in the series, as the lubricant firm will also adorn the striking Proton Satria S2000 car of Ollie Mellors, who recently committed to a full year in the country’s premier rallying series.

To view the full range of SORT Oil products visit www.memlubricants.com or to discuss your requirements please contact the team today. 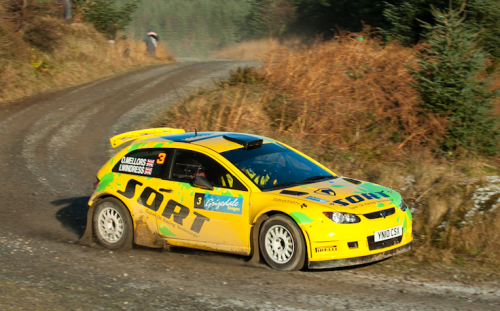