Oscar Solberg is the latest driver to sign-up to the Prestone MSA British Rally Championship with the Norwegian-star set to drive a Ford Fiesta R2T for MH Motorsport in Britain’s premier rallying series.

The 20-year-old competed in the FIA World Rally Championship last season in the Drive DMACK Fiesta Trophy and is now focusing his intentions on a full Junior BRC campaign with Swedish co-driver Patrik Barth.

“We have moved away from the WRC to learn and there is no better place than in the UK. I have followed the BRC since the F2 days and it’s going to be quite cool to drive on the same stages as those guys.”

The former Drive DMACK Fiesta Trophy driver will be hoping to use his World Championship knowledge and familiarity with the Fiesta to good effect as he aspires to mix it at the front of the Junior field.

“I can’t wait to work with MH Motorsport as they ran me a few times last year. My goal this year is to get on the podium and we will take things a round at a time as we don’t know where we will be on pace until we start driving. The competition is going to be really tough and it will be cool to be fighting with them.”

With the BRC like a compact world rally championship with a variety of surfaces and weather conditions, Solberg is keen to show his metal and take in some of the best stages in the world.

“I am really looking forward to the Isle of Man the most as the history there is fantastic. Fast wide roads and bumpy narrow bits will make me become more precise and clean. My Tarmac driving is something I am particularly keen to develop this year.”

Son of Henning and nephew to Petter – Oscar was naturally going to follow in the famous Solberg footsteps and has already been given advice about competing in Great Britain.

“My Dad and Petter have given me a great amount of support and advice about competing over there, so I hope to use that as much as possible and hope the advice works!”

“I have decided to step away for the WRC and use the BRC to build the experience. If you want to learn to drive fast, the UK is the place to go. I am really pleased that Skruvat and all my other local Norwegian sponsors are supporting me as without them I couldn’t come to Britain.”

Round one of the Prestone MSA British Rally Championship gets underway on the 17/18 March with the eagerly anticipated first round the Border Counties Rally to be held in Jedburgh, Scotland. 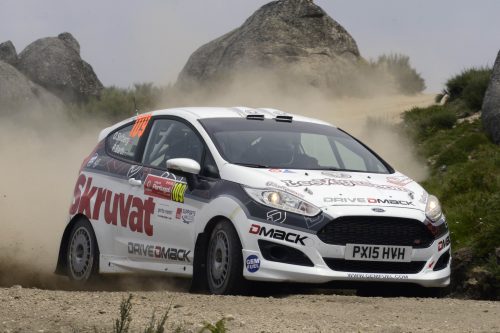