Scottish rally driver Allan Smith will tackle his first rally championship in over ten years when he contests the 2021 British Rally Championship in his Honda Civic Type R.

Smith, father of FIA Junior WRC video ace Adam, has entered Class 3 of the BRC National Rally Championship category which runs alongside the BRC, and will use the high-revving front-wheel-drive Honda for the first time since acquiring the machine.

This season, he will make his debut in the BRC after spending much of his competitive career on the stages of Scotland.

“I haven’t been out in a car since 2018 and if I came back, wanted to do more than the Scottish Rally Championship” says Smith,

“After buying the Honda and seeing the BRC calendar this year it just felt the right thing to do. The BRC looks great and there are some great events in some big woods so I really wanted to get out there again”.

Smith contested the 2010 Scottish Rally Championship in a Ford Focus, securing second in class before moving to four-wheel-drive machinery and a Mitsubishi Evo VIII on selected rounds. A handful of outings in a hired Mitsubishi WRC Proto culminated in fifth overall at the Knockhill Stages Rally in 2018 – his last outing behind the wheel.

“I`ve always liked two-wheel-drive because you have to keep it neat and tidy which suits my driving style” he says.

“I’ve done a lot of work on the car since I got it from Ireland and its ready to go now. The calendar looks great and though I wont be at Oulton Park, I`ve heard some really good things about the Nicky Grist Stages. I’ve never rallied in Wales at all so I`m really excited to be heading there. I know Mull well and of course the Grampian so as long as I keep the speed up this season it should be a good one”. 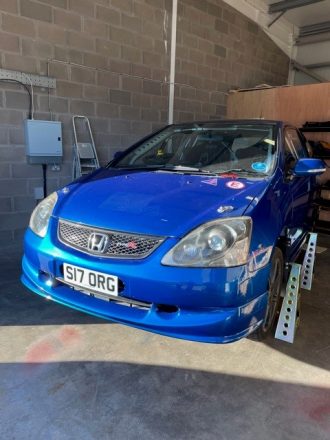