Tiger Risk British Rally Team driver James Slaughter will return to the Prestone MSA British Rally Championship in 2017 in the search for points in his second season with new co-driver Niall Burns. The pair will tackle their first event next month on the Pirelli International Rally.

Slaughter campaigned his striking Ford Fiesta R5 on four rounds of Britain’s premier rallying series last year, with the Kent-based driver just missing out on outright BRC championship points on the Circuit of Ireland. With MSL Motorsport preparing the car once again, James is excited about his return to the BRC after being hooked last year.

“I first sat in an R5 car when I sat alongside Marty [McCormack] a few years ago and was just blown away, and from that moment I wanted to have a go competitively myself,” enthused Slaughter.

“It was brilliant to hear that R5 and S2000 cars were top-billing and that was something I wanted to be a part of last year. We had so much fun in the car that I had to come back for more.”

The Tiger Risk driver is all geared up for his second BRC season and is set to undertake four rounds in 2017 as he balances his work commitments with his rallying exploits.

“Our targets last year were simple. Score BRC1 points which we did on the Circuit of Ireland and by the end of the year we were setting top ten times overall and this year the objective is outright points.”

“My first round will be Pirelli followed by Ypres, Nicky Grist and Ulster. I am especially looking forward to Ypres as being based in Kent, it’s my home event! We would also like to do Wales Rally GB at the end of the year as that would be a great way to end the rallying season, especially as it will be my birthday during the event.

“This is the pinnacle of my rallying career and to compare myself against the young hot-shots helps me progress and a target to try and get myself closer to. I think in 2017 there will be good battles all the way down the field especially in the top 12 or so. I can’t wait to get stuck into it once again.” 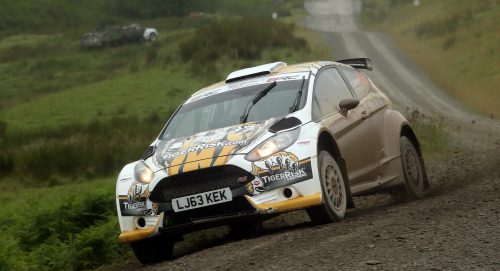