Slaughter rallies to a good cause

Following his first foray into the MSA British Rally Championship in 2016, Kent-based driver James Slaughter will be rallying for a good cause at the Brands Hatch Stages on the 21st January, as he raises money for the Heart of Kent Hospice.

The TigerRisk British Rally Team driver pulled the wraps off his striking Ford Fiesta R5 at the event one year ago and after a development year in the MSA British Rally Championship, Slaughter returns to Brands Hatch. This time he’s offering a thrills and spills co-driving passenger ride in a top-flight BRC car for one lucky person.

“Each summer we hold the Hillside Arts Festival at my home in Kent and we raise money for different local charities and this year we raised over £7,000 for the Heart of Kent Hospice,” explained Slaughter. “They are a great cause and I wanted to do something extra for them.

“We are trying to raise at least another £2,000 for the charity by raffling away the seat next to me on the Brands Hatch Stages. The donation amount is £20 and every person who enters will go into a hat, with the winner drawn just after Christmas. So far we are at £1,400 and want to keep pushing for more.”

The winner will enjoy a fast and furious rallying experience on the Tarmac of the famous Kent circuit, but for those getting worried about learning how to juggle road books and read pacenotes – fear not, as the Fiesta R5 driver has that covered too.

“I have done the Brands Hatch stages before so if I get lost – that is my own fault!” Joked the 43-year-old. “You don’t need to have been in a rally car before. We are also looking at showcasing the great sport to newcomers as well. It’s also a chance for marshals, spectators and fans to have a go in one of these amazing machines. They are so fun and you have to experience it to believe it!”

To be in with a chance of wining this great prize visit, donate now at www.justgiving.com/fundraising/James-Slaughter2

In James’ own words, “the more money raised the faster we will go!”

Go on, you know you want to! 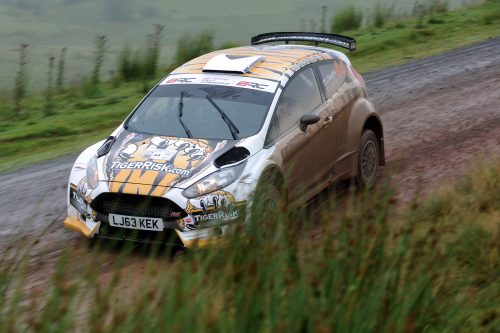