Neil Simpson will return to the MSA British Rally Championship for the first time in 16 years, when he contests this year’s series in a ŠKODA UK-supported Fabia R5.

Simpson last contested the BRC in 2000, and is best known for driving a works Volkswagen Golf TDI – finishing a career-high second in the BRC category on the 1999 Manx International Rally.

The 42-year old ŠKODA dealer principal from Clitheroe in Lancashire stopped rallying completely in 2001 to concentrate on building the family business, and returned to competition in 2014, driving an ex-Esapekka Lappi Fabia S2000 on selected British and European events. Despite his long motorsport sabbatical, Simpson finished second overall on his first rally back – his local North West Stages Rally – and went on to score a number of class wins and six top 10 results in 2014, including a magnificent fifth overall on the Circuit of Ireland.

Having sold his ex-works Fabia S2000, Simpson acquired a brand new Fabia R5 from ŠKODA Motorsport towards the end of 2015, and gave the car its UK debut on the Neil Howard Stages Rally at Oulton Park last November. Despite strong opposition, including a number of World Rally Cars, Simpson led the event in the Pirelli-shod Fabia R5, but was forced to retire when a stone punctured the radiator.

Simpson plans to contest all seven rounds of this year’s BRC, and will be co-driven by Elliott Edmondson.

Neil Simpson said: “It’s been sixteen years since I last contested the British Rally Championship, so I can’t wait to get going again. It will be in at the deep end on the opening round, as the Mid Wales Stages will be my first competitive outing on gravel since 2001, but I’m looking forward to it.

“The time feels right to make a return to the BRC. The series is now moving in what I believe to be the right commercial direction, and in the ŠKODA Fabia we have the best R5 car available. Both from a personal sporting perspective and for Simpsons ŠKODA as a business marketing exercise, the revitalised BRC is just too tempting an opportunity to ignore, as there are good rallies covering a wide area of the UK and I believe the coverage and publicity will be very good indeed.

“There is going to be a lot of stiff competition in this year’s BRC, with a lot of good drivers in good cars. I have to be realistic about my chances, but I’d certainly like to think I’d be able to challenge for a top five finish early on and for podiums and an outright win later on in the season, once I’ve got back in the swing of it. We’ve certainly got the team, car and ambition to come out fighting.” 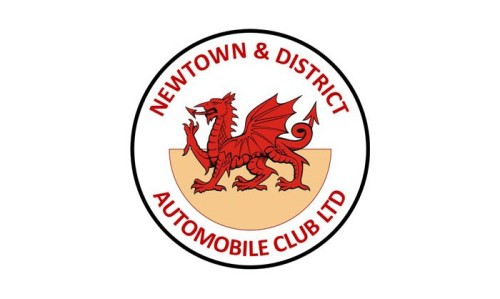