There’s always something special about competing on the Scottish Rally. It’s one of the Prestone MSA British Rally Championship’s classic names, one we all read about and love to hear the stories about. The Scottish. It’s right up there with The Welsh.

With the brilliant format of the Nicky Grist Stages, The Welsh is back in some form. But last weekend was all about heading north to take on names like Castle O’er, Twiglees and Ae; brilliant stages in a beautiful part of the world.

The first two stages on Friday night weren’t exactly what we’d hoped for. They were pretty rough and turned into a bit of a survival exercise. I was cautious and tried to pick my way through the biggest rocks – and still got a puncture! Driving back to service, I wondered if I’d missed a bit of a trick: should I have thrown caution to the wind and just gone for it?

Dale [Furniss, co-driver] and I talked about this and decided to do that on Saturday. The roads were much smoother, so we pushed on a bit harder in our Aphera/Hills Ford Fiesta R5 and started to climb the leaderboard.

We had an electrical fire in Windy Hill which made things a bit lively – not to mention a bit smokey – in the car, but we got it sorted and carried on. We ended the event on a high with fastest time and second place overall. I’m pretty chuffed with that result, to be honest.

Just four points off the top spot, we’re right in the thick of the fight for the championship and that was the aim at the start of the season. I knew this year was going to be quite tricky, given that I’d never started a BRC round in a four-wheel drive car before this year, but I think we’ve leveled the learning curve pretty quickly. Running as the top Ford Fiesta R5, given my lack of experience in the car, is great news.

That learning curve will definitely steepen a little bit when we head south (and a long way south) across the English Channel bound for Belgium and Ypres. Everybody knows about the Ypres Rally. Until this year it was a round of the European Rally Championship, but in all honesty, I’m sure it could have qualified for the WRC – what an incredible coup for Ben [Taylor BRC managing director] and Iain [Campbell BRC manager] to have done a deal to get us there.

I’m really looking forward to competing there. It’ll be something completely new for me, but the atmosphere and roads have always looked incredible from afar. 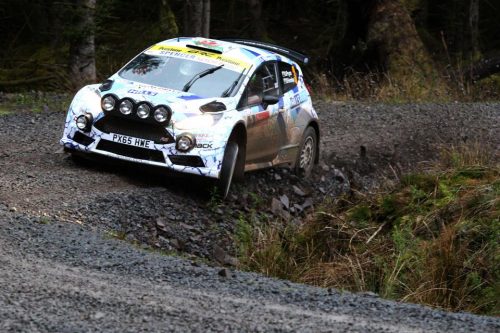