Irish rally ace Sam Moffett has his sights set on winning the Motorsport UK British Rally Championship in 2021, as he aims to tackle his first full season of the UK’s premier rally series behind the wheel of a Dom Buckley RSC M-Sport Ford Fiesta Rally2.

Moffett, who enjoyed a clean sweep of Irish rallying titles in 2017 by taking the Irish National, Irish Tarmac, Irish Forestry and FIA Celtic Rally Trophy titles will contest his first BRC season, after heading to the UK for the opening round of the 2016 season, but being forced to withdraw due to other commitments.

The rapid Irishman will be joined by co-driver Keith Moriarty who guided Callum Devine to the 2017 Junior BRC title and the duo will use a brand new Moffett Automated Storage backed M-Sport Fiesta Rally2 for their BRC bid.

“It’s great to be able to be part of the large Irish contingent coming over to the BRC this year and fly the flag when there isn’t much going on over here,” says Moffett.

“I started the BRC in 2016 in Wales but couldn’t do any more rounds so it’s great to be back for a proper go this time.”

Moffett feels having the right frame of mind on his return the series will be key as a bumper entry assembles at the opening round at Oulton Park at the end of May.

“The consistency will be the main thing this season and I’ll be at a disadvantage with not knowing the stages and events like say Matt Edwards will do. I`m a little concerned that I won’t have the time required to put in the preparation to be right at the front but I`ll do as much homework as I can. Oulton Park is a good place to start as it may feel more of a relaxed way to start the year, but then a win is a win.”

“I had to work really hard in 2017 and it was a very busy year, winning ten of the seventeen or so events I did but that needed a lot of commitment. Time off work is very valuable and I got married three weeks ago so I don’t have as much say as I used to.”

“That said, getting podiums will be key. I want to win the championship, not the rallies”. 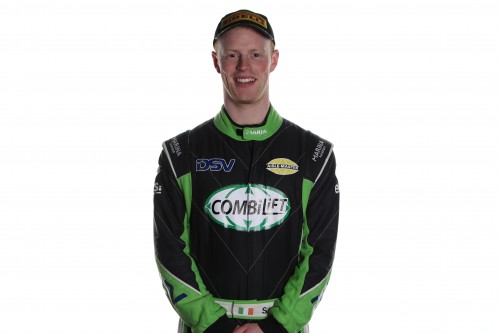