Ruairi is Bell of the ball at the Nicky Grist

Contenders in the Junior British Rally Championship are battling for one of the biggest prizes in rallying, so it’s no wonder the competition is as intense as ever in the hotly contested series in 2021.

Round two of the Junior BRC was no exception, with a scintillating fight for the first win on gravel this season. Seconds were literally swapped, eventually going the way of Ford Fiesta Rally4 crew Ruairi Bell and Gareth Parry who scooped their maiden category victory in the process.

The new-for-2021 pairing took the opening stage initiative too, with a one second lead over round one victors William Creighton and Liam Regan. But Creighton took that valuable second back on the next test to enjoy the equal lead with Bell, before reverting to their opening stage positions by the third stage.

The longest stage of the event, Crychan allowed Bell to forge out a 12 second gap and despite a fightback from Creighton on the second loop, the Northern Irishman would end his rally beached in the undergrowth, leaving Bell to cruise to a well-earned victory.

“Well, this is about time,” said Bell at the ﬁnish.

“I had a great battle with William [Creighton] throughout the day and I’m delighted with our performance all day long. I’m proving that I have the pace needed to compete at the front of a top-ﬂight championship like the Junior BRC”.

But it wasn’t just about the top two in Wales. The fight for the final podium spot was even more unpredictable with no less than four names occupying the position during the day.

Fiesta Rally4 crew Brian Brady and Eammon Creedon were the early adopters before Finlay Retson and Rhys Stoneman grabbed the spot as the stage length began to increase over the morning loop. But by the mid-point, Kyle White and Sean Topping had hustled their aging Peugeot 208 R2 into an impressive third place and were looking like they would take yet another second place finish of the year.

But that longer Crychan test would see White struggle to match the more powerful Rally4 machinery and he would end the day equal third, only losing out on the opening stage tie-break to slot into fourth. However, his result means he now leads the championship heading into Scotland in August.

Indeed the final podium spots saw a big shift over the last test, with Retson arriving on the scene at the last moment to clinch second spot; but only by two seconds. That gap was to Eammon Kelly and Conor Mohan who, on their first ever gravel rally took a final stage win to take equal third overall in the process, gradually increasing their pace as the day progressed. Discount the pairing for their first Junior BRC win at your peril.

Brady meanwhile suffered transmission issues over the morning tests, but with a swift change in service he recovered to take fifth. Eddie Lewis and Dom Adams couldn’t quite get their Fiesta hooked up in the dusty Welsh stages to take sixth.

In the battle for the Academy Trophy, it would be the turn of Scotsman Fraser Anderson to scoop top honours with Jack Bowen in the co-drivers seat. Anderson was able to take an almost clean sweep of stage wins in the category, taking a dominant victory by over two minutes from the chasing Johnnie Mulholland and Calum Maguire.

Mulholland was the opening round victor at Oulton Park but took a while to acclimatise to the gravel, having been off the surface for well over two years. The two Fiesta drivers now tie for the Academy lead heading into round three.

Charlie Todd contested his first ever event at the Nicky Grist, with the experienced Glyn Thomas guiding him round in the EDSL Sport Fiesta R2T. Todd eased his way into the series to take third in the Academy on his debut.

Aoife Raftery was another to make a competitive debut in Wales and with co-driver Dylan Doonan, she enjoyed a trouble-free run to secure fourth in the Academy in their Fiesta R2. With strong links to the BRC thanks to brother Dean contesting the series in the two-wheel-drive era, Raftery is eager to build experience as the season progresses.

The Grampian Forest Rally is next up for the BRC, with the impressive forests surrounding the Banchory base likely to provide a host of surprises for our crews. 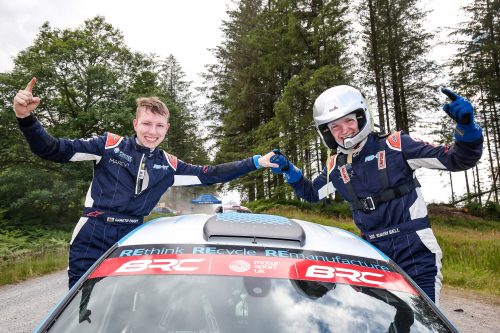 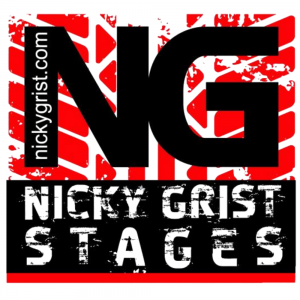