Clonakilty on St. Patrick’s weekend is the place to be with the Clonakilty Park Hotel West Cork Rally attracting a stunning entry of over 200 cars across all categories. The rally which is the second round of the British Rally Championship and Irish Tarmac Rally Championship will attract 160 cars in the main field.

Top seeds are Donagh Kelly & Conor Foley who will be giving their new Skoda Fabia R5 its debut and the five time winner will face his strongest competition since first competing in West Cork in 2014. Craig Breen has never competed in West Cork before, but having two time winner Paul Nagle on the notes will be a help to the Waterford driver who leads the Tarmac Championship after round 1 and will be pushing hard to make it two in a row. Sitting just behind Breen is 2018 Irish Tarmac Champion Josh Moffett who will be the first BRC registered car on the road.

Rounding off the top five is the Fiesta R5 of Matt Edwards the current British Rally Championship who drives an M-Sport prepared car. Desi Henry is also Skoda mounted at eight and finished sixth overall last year while at is Scottish driver David Bogie who drives the fourth Skoda in the top ten. Lying outside the top ten there are drivers of the quality of Tom Cave, Marty McCormack and Jonny Greer to name just a few.

The fifteen stages totaling 240km will take in some of the best roads in the country beginning with the fabulous Ring stage at 10.58am on Saturday 16th March. Dunworley, Sam’s Cross, Shanaway and a Clonakilty town stage make up the opening days nine stages. The more leisurely midday start on St. Patrick’s Day will take see Clogagh, Ballinascarthy & Ardfield all attempted twice.

You can keep up to date with live results on results.westcorkrally.com and britishrallychampionship.co.uk over the weekend while the Southern Star and C103 Radio who are official media partners for the event will be providing information up to and during the rally. Cork Motor Club would like to thank the Clonakilty Park Hotel for their continued support as title sponsor as well as associate sponsors Jim Davis & Co Builders Ltd and Clonakilty Blackpudding 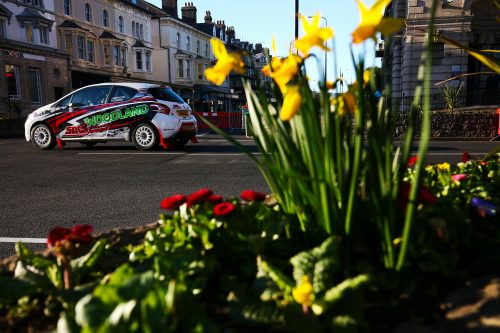