Norwegian Steve Røkland is the latest high profile recruit into the Prestone MSA British Rally Championship, as the Peugeot 208 R2 aims to put the cat amongst the pigeons in the Prestone MSA Motorsport News Junior BRC with British co-driver Tom Woodburn calling the notes.

Promising hotshot Røkland is the latest international driver to join Britain’s premier rallying series. Steve is an established front-runner in the R2 category having shown great pace in Sweden, Norway and in the European Rally Championship. Though the 25-year-old is no stranger to the BRC having contested the championship back in 2012 and 2013.

“The great competition is what tempted me back.” explained Røkland. “It is really cost effective compared to the ERC or WRC for example. There are some fantastic rallies in the championship and it will be a real good challenge, which I am looking forward to. When I was last here [in the BRC] I have experience of the Pirelli and Ulster rallies, but the rest of year will be completely new.”

The Scandinavian star will be joined by Tom ‘Woody’ Woodburn in the Peugeot 208 R2 and the pair already have a successful relationship, with two class wins from two rallies together.

“It’s great to have Tom onboard. We have done a few events already and I actually prefer English pace notes as there is a better flow, especially at higher speed.”

Ever competitive, Røkland is eager to get stuck into the action and has his sights on one prize.

“The goal is to win obviously but there are a lot of strong drivers who want to do the same thing. I haven’t studied too much, but by the first stage or two on the Border Counties we will know where we sit.

“We will be strong on the gravel but we will have to see on the Tarmac and events like Ypres will be tough for us for the first time. I am looking forward to the Pirelli Rally as I have done that before and the fast, flowing stages are like those in Norway.

“The BRC is one of the best series with great past champions having done the series before. To win the Junior BRC is the aim and I will give it absolutely everything to add my name to trophy.” 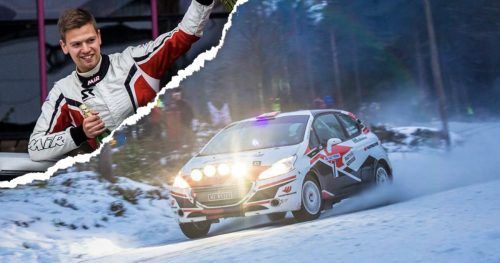