Reigning Cadet Cup Champion Jordan Reynolds is ready for a step up into the Junior BRC and has bolstered his set-up with a piece of iconic rallying history.

The EDSL Sport driver will contest all six rounds of the British Rally Championship in a Ford Fiesta R2T this season. As well as his early signal of intent, his recent acquisition of a new recce car has also caused a big stir in the service park. The Englishman has purchased one of the legendary Volvo S60s used by M-Sport on rallying events around the world.

“Anybody that follows rallying will know about these cars – they are just so cool,” Reynolds. “Last November, they went on sale and they had two sets – short-haul, European recce cars and the long-haul cars. The European ones were snapped up very quickly and M-Sport only had a few others left. They had just returned from Australia, so I bought one as soon as I could.”

With a formidable piece of rallying history in his armory, Reynolds believes it will help his preparation and performance in the long run.

“They are strong, tough cars and last year I lost a lot of time with the recce car on Wales Rally GB which meant we couldn’t complete all the stages. By stepping up in the BRC we had to step up our preparation, so we bought a tank! Gaining time this year will come from note preparation and having a car that can do the job will then properly help on the rally.

“I am not completely sure on the exact history, but this car would have been driven in Mexico, Argentina and Australia by nearly every M-Sport driver. I think one of its last outings in Britain came in 2017 when Keith Cronin used it in his title-winning year, so hopefully it will help bring me similar kind of luck!”

As well as a 17-hour round trip to pick up his new machine, Jordan has finally sampled his R2T in anger and is enjoying the partnership with EDSL Sport.

“Yes, it is a step up but not as much as I had thought. The older R2 Fiesta I used in Cadets last year was a great car to learn in and the chassis was brilliant. The R2T has better power delivery and I felt comfortable straightaway when we tested before Christmas. It was a natural progression to step into the Junior BRC and the deal EDSL Sport offered was too good to pass by.”

At the end of 2018, the Ford driver sampled the sealed-surface and won the Deepcut Stages. Much to the surprise of navigator Peredur Davies and himself.

“It was a massive shock. It was local event to me and I wanted to get some mileage on Tarmac before the new season. After the first loop of stages, I went to go and check the times and kept scanning the page and couldn’t find my name. Then we realised we were leading the rally! To get our first win under the belt was great and it was good preparation for the year ahead.”

As for the 2019 BRC season, the 2018 Cadet Cup Champion knows it’s going to be a tough year, but is ready to fight in the ultra-competitive front-wheel-drive category.

“Seeing some of the entrants already, it’s going to be a competitive year. By the middle and latter part of the season, I would like to be challenging for a podium. It’s still going to be a learning year and I hope to bring up the pace slowly with every event and hopefully we will do a few rallies between the BRC rounds to keep ourselves sharp.” 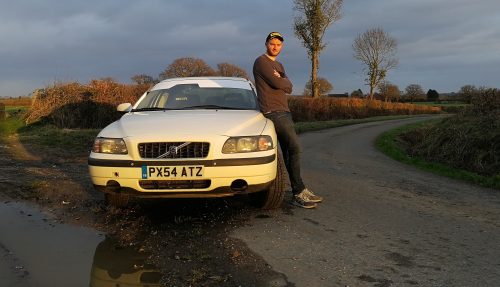