Scottish hotshot Finlay Retson is the latest Cadet Cup recruit in the Prestone MSA British Rally Championship. The 17-year-old will campaign a striking Ford Fiesta R2 with Tom Hynd in the co-drivers seat.

Retson is the latest young-gun to join the thriving Cadet Cup category and believes he has the pedigree to challenge on the seven-round series.

“Last year we did the ST Trophy and got a podium on every rally,” said Retson. “After the ST Trophy, we did a couple of events in the R2 Fiesta including the Grizedale Stages where we topped the class by over a minute and finished 14th overall. That gave us the confidence to step-up into the Cadet Cup and the BRC was the obvious progression from there.”

From a Citroen C1 in the Junior 1000 category and a Fiesta ST in the BTRDA series, Finlay is now at one with the M-Sport R2 machine but it wasn’t plain sailing initially.

“The car was close and the right price – it was perfect to step-up with. On the first test, I wasn’t sure about the car but after some advice I learnt I needed to drive more aggressively and sure enough, speed and times started to come.

“Naturally, we would like to go well on home soil as I think there will be a great deal of support. I have never competed on the stages before but I hope to have a few tests and a good run on the upcoming Snowman Rally. I am looking forward to the Borders and the Tarmac – especially Belgium. I haven’t done a sealed-surface event since my Junior 1000 days so it will be good to do a championship with both.”

With plenty of seat time in the car, the young Scot is ambitious ahead of the new year and believes he can be right in the mix on the six event calendar.

“Championship wise, we will see how the Borders go. I will be giving it all I can as I would like a few wins and ideally be challenging for the championship at the end of the season.” 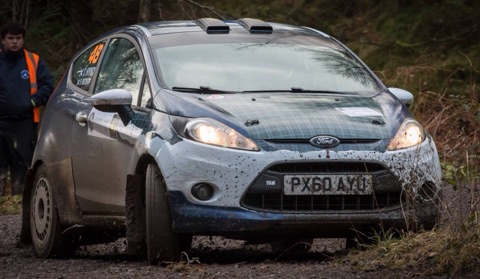