Rally Isle of Man gears up for September spectacular

This year’s Rally Isle of Man (13-15 September) is gearing up to be a truly spectacular event, with an 18 stage, 140 stage mile route over some of the island’s classic asphalt stages.

The full three day International Rally Isle of Man will host the fifth and penultimate round of the 2018 Prestone MSA British Rally Championship, as well as the FIA Celtic Rally Trophy.

The National Rally Isle of Man is also a three day event, following the route of the International, and is a round of the BRC National Rally Cup. The event incorporates the Rallee Classicagh, which is a round of the Mintex British Historic and RAC Historic Asphalt Championships, as well as the HRCR Historic Stage Masters Rally Challenge. The National event also counts towards Motor-Mall (IoM) Manx Rally Championship points.

To allow visiting teams to reach the Isle of Man easily, the Steam Packet Company operates 27 sailings a week from Heysham, Liverpool two sailings a week from Belfast and one sailing a week from Dublin to Douglas, so it’s never been easier to transport rally cars to and from the Isle of Man. Indeed, the ferry timetable from Belfast has been adjusted to make it even more convenient for Irish crews to come and contest the event, with service personnel and rally cars spending the minimum amount of time on the island.

The event also has a very attractive travel and accommodation package deal for marshals – with four people in one car, ferry crossing and accommodation for three nights costing just £65 per person. All the marshals who help run the event will be entered into a marshals’ prize draw with a chance to win some fantastic prizes.

John Gill, Rally Isle of Man Chairman, said: “We are delighted to have opened entries for this year’s Rally Isle of Man and look forward to welcoming all old and new crews to the island, which is the home of closed road motorsport.”

The Entries are now open and Regulations, as well as other event information such as the Marshals’ travel package, is available at: rally.im. 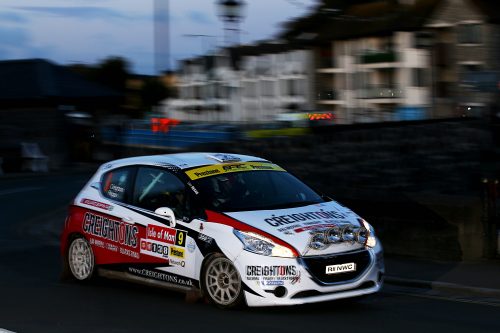