It’s a cricket phrase of course but still very relevant for Welshman Osian Pryce. This weekend’s third round of the 2022 British Rally Championship season, the Nicky Grist Stages, will mark the Machynlleth’s drivers 100th rally start and at only 29 years’ old, that’s quite a remarkable achievement. 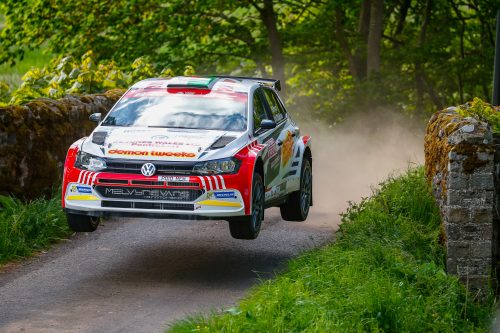 Growing up with the legendary Gartheiniog and Dyfi stages just a stones throw from the family home, it was perhaps rather predictable that Pryce would get stuck into a rallying career, and wasn’t about to wait around for his 17th birthday.

In 2009, he headed to Latvia where he could contest events at a younger age to hone his skills, before starting a progressive path which focused on the front-wheel-drive era of the British Rally Championship, including the Fiesta R2 and dominant Citroen DS3 R3.

Taking third place in the championship in 2012, his maiden BRC win came in Ulster in 2013 on his way to a runner up championship spot. In 2014 Pryce was the bridesmaid again before heading onto the world’s stage and the Drive DMACK Trophy, the Junior WRC pre-cursor from M-Sport. He took that title before returning to the BRC in 2017 in an R5.

It’s been a mixed career path since, with Historic outings interspersed with an R4 drive in Spain, East African Safari attempt and a win at the first running of Rali Bae Ceredigion in 2019. A tense 2021 season saw a nail-biting finale’ in Northern Ireland where he battled with Matt Edwards for the title, crashing out in spectacular style on the penultimate stage and once again, taking runner up spot in the championship.

A return in 2022 with the Melvyn Evans Motorsport squad and the popular Volkswagen Polo saw an opening round win, but the Jim Clark a few weeks later saw a nightmare run of events, as Pryce was excluded for not changing a puncture; a regulation stipulated by the rally organisers.

But this weekend see’s a reset and re-start for Pryce as he gets to grips with the first gravel event of the season.

“I can’t change the past and it would be all too easy to focus on the Jim Clark heading into this weekend. But I have one win under my belt and heading onto some of the best stages in the world in one of the best R5 cars in the world and recording my one hundredth rally start; if that’s not something to look forward to I don’t know what is!”

“I’ve finished second too many times in this championship now, Of course I probably say this every year but I`m very eager to make this season count. OK, the numbers are not quite as strong in the series as we all would like but you won’t find competition as close anywhere else. We are all at the top of our game battling it out for tenths of a second. Just ask any fan out there watching and they will tell you how committed we are.”

“It’s great to have Keith [Cronin] in the fight too, its just like old times really. The desire to win is still the same and I`ll be doing my very best to make this year count.” 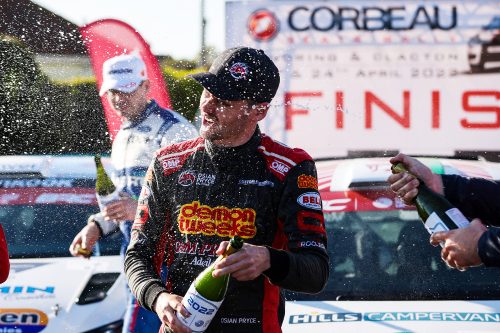