Pritchard has point to prove with BRC return

Pritchard has not contested the British Rally Championship since 2011, having concentrated on a dynamic range of rally championships in a wide variety of machinery.

After becoming a back-to-back three-time British Historic Rally champion and then repeating that feat in the National Asphalt Championship, Pritchard and long-time co-driver Phil Clarke were looking for a new challenge in 2022 and elected to launch a scintillating comeback on the prestigious BRC title trail.

The series has a very different look and feel since Pritchard’s last BRC outing in a Subaru Impreza but the Builth Wells resident feels he is more than prepared for the task ahead. So why the return after a decade away?

“After what we’ve achieved [in rallying] over the last few years the only championship that attracted us back to the UK was the BRC,” says Pritchard.

“It’s a privilege to be in this position where I’m competing in the BRC in an R5 and that really wouldn’t be possible without the people that have come forward to offer me support to do the British Championship again”.

A lot has changed since Pritchard’s last foray, but don’t underestimate his experience on the tour.

With a rich family pedigree in the sport that saw his father Eian scoop a myriad of rally wins, Pritchard’s trophy cabinet includes the BRC C2R2 Cup and R2 titles in 2008 and 2009.  He was first privateer home in 2010, surrounded by a flock of professional drivers before stretching his legs in World Rally Championship and IRC [FIA European Rally Championship pre-cursor] events.

But Pritchard will have to dig deep in 2022.

“There’s only one event in this year’s BRC that was in it when I competed in it back in 2011 and that’s the Jim Clark” he continues.

“Technology has moved on a lot in the past 11 years. I’d like to think I have as well with a lot more experience now and a co-driver who has been next to me since 2014.”

“There is no hiding it is going to be very tough. I’ve always said that when you do the BRC you go to another level on pace and there is a number of drivers here who could win on any rally, so it’ll be good close competition and that’s what we want.”

“We may be on the back foot a little with a lack of seat time thanks to hiring the car, but I can’t wait to get behind the wheel of the Polo. Butterflies already start when I think about the first stage in Clacton and I can’t stop smiling with excitement. I’m like a kid at Christmas.” 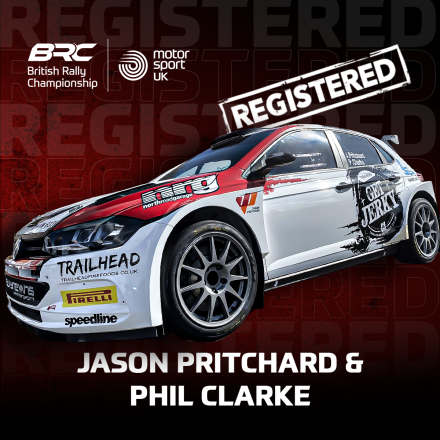