The Prestone MSA British Rally Championship title fight went right down to the final stage of the final round of the series in 2017, with the championship being decided by one point and just one tenth of a second on the final stage. The 2018 championship is gearing-up for yet another action-packed season ahead of the opening round in March.

The new season will be launched at the 2018 Autosport International Show (11-14 January) with several drivers announcing their plans, with registrations for the eagerly anticipated season opening tomorrow (Thursday 11 January).

The 2018 series will once again see the best drivers, in the best cars, tackling the best events. With the calendar now confirmed, 2018 consists of seven rounds in six territories, as the BRC tours the British Isles, with events in Scotland, England, Northern Ireland, Isle of Man and a concluding double header on the FIA World Rally Championship round – Dayinsure Wales Rally GB. A trip to Belgium for the classic Ypres Rally provides a popular midseason overseas addition, as the BRC underlines its standing as the world’s premier domestic rally championship.

“With the incredible scenes from the final stop line still fresh in the memory, the 2018 season is quickly approaching,” said BRC Championship Manager Iain Campbell. “Championship registrations open tomorrow morning and we have already had a great deal of interest ahead of the new season. With Prestone continuing and further strengthening their partnership and the calendar now approved by the MSA, we are ready to kick start the new year. The BRC team look forward to welcoming current and potential crews to our stand at the Autosport International Show over the four days to discuss the new year.”

The 2018 Championship Guide can be found here

The 2018 Sporting Regulations can be found here

Driver and team news as well as championship initiatives will be announced in due course. In the meantime, keep tabs on all the latest BRC developments by visiting www.msabrc.com or following us on social media using #BRC 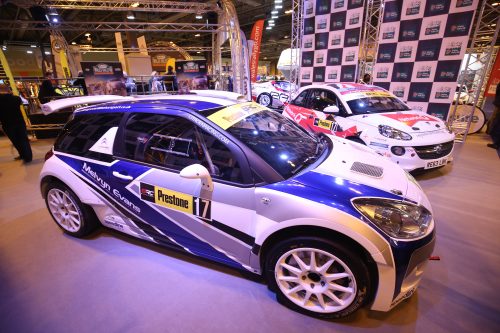