Rally enthusiasts will be able to kit themselves out in an exclusive range of British Rally Championship clothing and accessories, thanks to Championship sponsors Prestone.

The maker of the No.1 coolant in the US, is set to launch its very first online store tomorrow (Tuesday 27th February) as part of its ongoing partnership with the BRC.

The collection, which has been created for rally fans, will offer high quality, practical thermal and waterproof clothing designed to withstand the extremes associated with the gruelling stages of Britain’s premier rallying series. Items will include a wide range of clothing and accessories such as bobble hats, rain jackets, hoodies and caps.

The full range of products, which will be on sale from www.prestonebrcshop.co.uk will also include clothing and accessories for children, as well as rally survival kits to ensure people have the essentials ahead of the new season.

Claire Fenton, Head of Marketing at Prestone said: “We’ve created a full BRC range of merchandise specifically for rally enthusiast so it’s a really exciting venture for Prestone to be leading it. We can’t wait to unveil the store, the products look fantastic and we’re anticipating a good response from rally fans.”

Limited edition retro t-shirts will also be available from the store to mark the 60th anniversary of the British Rally Championship. These will be available in three designs featuring the cars of previous winners and rally legends, Colin McRae and Stig Blomqvist as well as a 2018 event date t-shirt listing all of the season’s rallies.

Ben Taylor, Managing Director of championship organiser, International Motor Sports said: “Prestone has played a big part in the development of the Championship over the past year and we are delighted to have their continued support as headline sponsor for 2018.

“The creation of this online store acts to further cement our partnership with Prestone. The co-branded products look great, and we can’t wait to see rally fans kitted out in them this season.”

Prestone Coolant/Antifreeze has already been confirmed as ‘first fill’ for a number of drivers going into the 2018 season, which gets underway next month at the Border Counties Rally in Jedburgh, Scotland (10-11 March).

The full range of products will be online and ready to order from Wednesday 28th February. 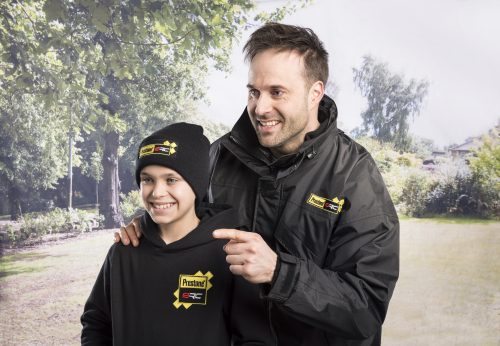