The Blackburn-based driver dipped his toe into the water in 2016, undertaking four events in his Hippo Group Skoda Fabia R5. The CA1 Sport driver returns to BRC action this year with three events confirmed (Pirelli International, Ypres and Nicky Grist Stages) and more to hopefully follow. The man from Lancashire is eager to get going and take a step forward on his successful debut last year.

“We had a good season last year and we want to build upon the results this year,” explained Preston. “We are looking at improving and getting involved in some fights in the top 10. I enjoy the longer events, making my own notes and challenging myself on some fantastic stages.”

Preston made his debut on the Pirelli Rally last year and on his second event – the Scottish Rally, Preston put himself into a points paying position. Another point followed on the Nicky Grist Stages before a premature retirement on the Isle of Man. In 2017 the Fabia R5 pilot is looking forward to the challenges ahead.

“I have done the Pirelli many times and enjoy going back, but for me Ypres is the event this year I am looking forward to the most. I haven’t done the rally before but from what I have heard from the team it will be a real challenge and the atmosphere is great. I hope to do more events but with business commitments, I will have to wait closer to the time to see what we can do.”

Helping Prestons championship aspirations is the formidable CA1 Sport team, who will swell its ranks to a four-car outfit for the Pirelli International Rally.

“Staying with the Skoda, Martin [Wilkinson] and the CA1 Sport will help provide the consistency I need to develop further. Having David, Fredrik and Jamie as teammates will be invaluable again. I will be testing before every round and will hopefully sit with them all to gain pointers and see what their set-up will be. I am pleased to have Andrew [Roughead] alongside as he has a lot of experience which will help me further.” 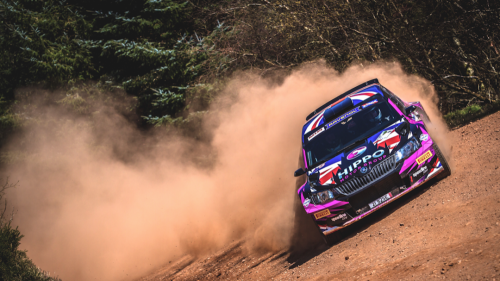