Thomas Preston will vie for the Motorsport UK National Rally Champion title at the wheel of a Ford Fiesta World Rally Car in 2021.

Preston, who is no stranger to the BRC having contested the series behind the wheel of a Skoda Fabia R5 in 2016 and 2017, will return with the thunderous World Car to contest the seven-round series with co-driver Carl Williamson alongside.

Backed by Hippo Motor Group, Preston has a wealth of experience on both gravel and asphalt surfaces with a healthy list accolades to his names including victory at Wales rally GB National, Tendring and Clacton and the Tyneside Stages.

Despite a troubled handful of events after acquiring the car, a ground-up rebuild by preparation experts CA1-Sport has ensured he will start 2021 with confidence in the impressive machinery.

“Hopefully the car should be more reliable now CA-1 have stripped it down and re-built it” says Preston.

“We just need to keep it that way this year and I`m really pleased to be back out in a car and back in the BRC. The events are a really good mix this year, some I`ll be comfortable with and some, like Mull and Ulster, I`ve never done before so it should be a good challenge”.

The Skipton based ace believes the National Rally Championship will be a good battleground this season.

“I’m not completely sure who will be out in the series but I`ve been bugging Stephen Petch to register for a while now and that would be a good fight with him as we are on a similar pace sometimes. I`ve heard there will be plenty of competition and with the Irish boys coming over it would be tough to predict a result for me this year. A win would of course be nice but a podium could be more realistic. I prefer gravel but get better results on tarmac so the first round [Neil Howard Stages] should suit me well enough. It will be nice to finally get going next month”. 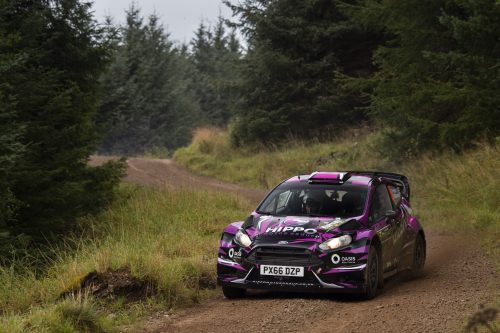