Place your bets as William Hill signs up to Junior BRC

Twenty-four-year-old William Hill is ready to tackle a full campaign in the Prestone MSA British Rally Championship Junior BRC in a Ford Fiesta R2T with co-driver Richard Crozier sat alongside.

The Worcestershire driver dipped his toe in the water last season in the National Rally Cup, taking the class win on the Nicky Grist Stages. A new year and a new car for the Englishman as the turbo-charged Fiesta is the weapon of choice for his 2018 Junior BRC campaign. With seven rounds ahead of the Hills Ford backed driver, the young-gun is excited at the prospect of competing against the best in Britain’s premier rally series.

“The level of competition in 2017 was excellent to watch from the sidelines and it was something I wanted to be a part of this year,” said Hill. “The BRC is a fantastic championship and you get be in a better championship to learn and develop as a driver. There are some really exciting rounds and I cannot wait to compete in a full campaign. I haven’t driven the car yet but we hope to do some events before hand to bring me up to speed before the first round. I have my first test next Tuesday and look forward to seeing the difference between the R2 and the R2T turbo.”

Hill’s most recent outing ended in glory with the latest BRC recruit tackling the Rockingham Stages in a powerful Ford Fiesta R5. Four-wheel-drive will be the eventual ambition for Hill, but first comes the education in the Junior BRC hotbed.

“There will always be some returning drivers and fresh faces, but I expect the competition to be fierce once again as the Junior BRC is the top level in the country. I have a two-year plan and in the first year I just want to learn. Everything will be brand new so I want to build my speed and confidence and pick up some strong results a the end of the year to then really go for it in 2019. 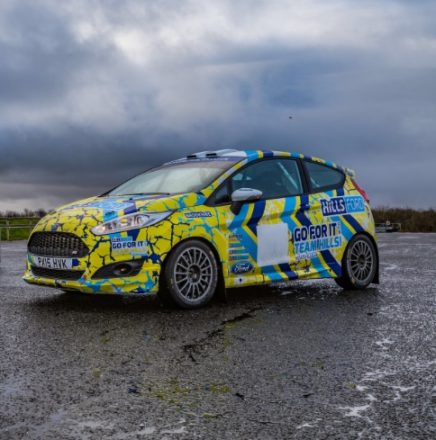