Pirelli is offering £25,000 worth of prizes on the British Rally Championship this year in tyre vouchers, helping successful competitors to fund their seasons.

On each of the six rounds of the championship, the top three cars overall and top two in the Junior class will receive vouchers that can be redeemed against future tyre purchases, as long as Pirelli tyres are used exclusively throughout the season and purchased from the official Pirelli dealer.

Not only that, but there will be further prizes on offer for the overall winner of both championships at the end of the year.

Pirelli’s operations manager Matthew Corby commented: “One of our key priorities at Pirelli has always been boosting the careers of young drivers, so we’re delighted to offer these prizes to our loyal customers. Thanks to schemes such as Pirelli Star Driver and WRC Academy, we’ve currently got drivers like Craig Breen, Elfyn Evans, Hayden Paddon and Ott Tanak in top line factory seats on the World Rally Championship: all of whom started their career on national championships and climbed up the career ladder with the help of Pirelli. Now, with generous prize schemes such as this one, we want to play a key role in the creation of the next generation of rally champions.”

In order to be eligible, cars must display Pirelli decals and the crews must wear Pirelli caps. Here is how the prizes will be awarded at each of the six rounds: 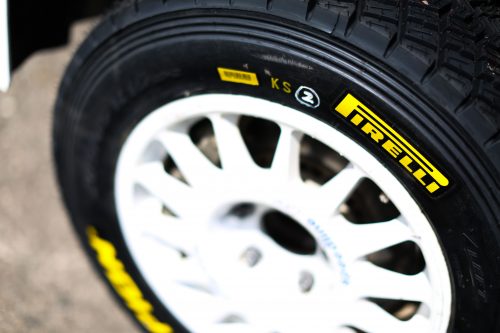