It’s all systems go as the countdown to the 2017 Pirelli International Rally begins with Cumbria’s biggest motorsport event once again bringing a host of top drivers to the historic Border city and the rally organisers are working flat out to ensure that everything will be in place ready for the event which is the Second round of the Prestone MSA British Rally Championship.

The hub of weekends action will be the giant H&H Borderway Auction Mart, one of Europe’s busiest, it will be cars not cattle which will be the attraction when the competitors and service crews turn the vast 27 acre site into a colourful arena full of exotic machinery when huge articulated support vehicles roll into the site. Spectators can see all the cars being prepared and also the scrutineering of the cars will take place in the complex’s vast exhibition hall where there will be a huge, 60 foot screen showing the cars in action from last year’s event. With grandstand facilities in the hall and an adjacent cafe, it’s a great place to see all the action.

Spectators are also well catered for out on the stages with designated areas, specially chosen to offer good vantage points and great view of the action while keeping spectators safe and secure. All have convenient parking facilities within a short walk of the stages. Spectators can also see all the BRC crews at the Re-group control in Bellingham’s Manchester Square when the cars will be lining up outside the Town Hall for a short break before heading back to the forest stages.

The climax of the rally will again offer superb spectating with the event’s Ceremonial Finish taking place outside the historic 17th century Guildhall in Brampton’s main street, the market town’s central area specially closed to traffic to allow the rally to take over. It will be a truly spectacular finish to the event as not only will it feature the usual rostrum celebrations but there will be numerous displays, the Pirelli Formula 1 simulator, a giant video screen and a host of other attractions to ensure a fitting finale to a truly great event. 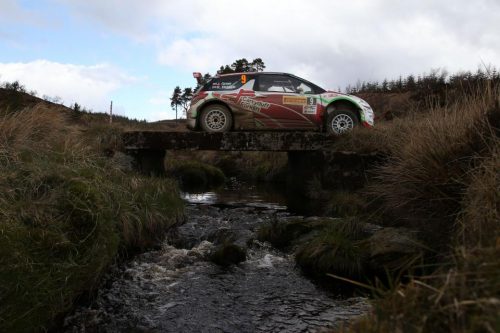