The committee of the Cumberland Sporting Car Club, the organising team behind Cumbria’s biggest motor sport event, The Pirelli Carlisle Rally, have confirmed that the annual event, which this year celebrates it’s 40th anniversary, will again be based in Carlisle, despite the historic Border city having been ravaged by the recent appalling flood damage for the second time in a decade.

A spokesman for the team declared, “ Carlisle is, historically, the rally’s base and we share the resolve and resilience now being shown by the population and local authorities in Carlisle and we will be putting all our efforts into making the rally a really high profile event for the city. We are very much aware that the Pirelli Carlisle Rally attracts not only a large number of competing crews but also a huge following of service and back up personnel and a horde of enthusiastic spectators and, as such, brings considerable economic benefit to Carlisle and we hope this will continue, now when the city needs it most”.

Although the current roadworks and resulting congestion may make the rally’s traditional city centre start unviable, the organisers are extremely grateful to H & H for allowing the use of the giant Borderway Mart complex to be used as rally headquarters and to Pirelli Limited, long time backers of the event, not only for their ongoing support but also for welcoming the competitors to the start venue at their Carlisle manufacturing facility.

With the Pirelli Carlisle Rally, which runs over the weekend of 30th April/ 1st May, a round of both the MSA British Rally Championship and the Mintex MSA British Historic Rally Championship, plus a number of supporting series, the organisers are confident that “Motorsport Mania” will again return to Carlisle, creating a buzz around the city and bringing a welcome influx of customers to the city’s hotels and guest houses. 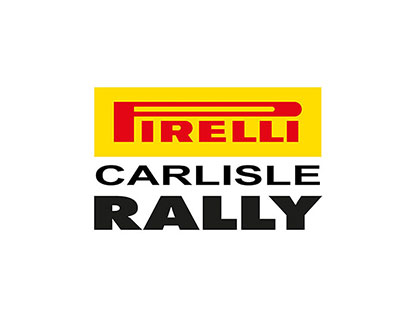