Several drivers using Pirelli tyres are among the favourites for glory when the revitalised British Rally Championship returns to the classic Circuit of Ireland.

Following a year away, the British Rally Championship made a popular comeback on gravel on the Mid Wales Stages last month, and round two takes place on challenging asphalt lanes in Northern Ireland.

It will be the BRC’s first appearance on the Circuit of Ireland for 25 years, when Colin McRae triumphed four years before he won the World Rally Championship with Subaru and Pirelli.

The event is one of the oldest rallies in the world, dating back to 1931. Previously a lap of the entire island, it is now based in Belfast and in 2016 will consist of 14 stages and 209.56 competitive kilometres. A typical Circuit of Ireland stage is a narrow and bumpy road lined with high hedges, and can often be slippery and muddy.

Sweden’s Fredrik Ahlin will arrive second in the BRC standings after fighting for victory in in Mid Wales in his Ford Fiesta R5, though his targets will be more modest for his first asphalt rally in more than three years. His team-mate in the Pirelli-supported CA1 Sport team, 2011 BRC champion David Bogie, will look to build upon his fourth place on the opening round in his Skoda Fabia R5.

Matthew Corby, Pirelli Motorsport Operations Manager, said: “It’s brilliant that an event with the legendary status of the Circuit of Ireland features in the British Rally Championship in its comeback year. Britain offers a wide variety of rally stages and, of course, weather conditions, and this rally alone will pose a great challenge to the drivers – as it has done for decades. Rain is likely but with our range of P Zero RK tyres, our drivers can have confidence whatever the weather.” 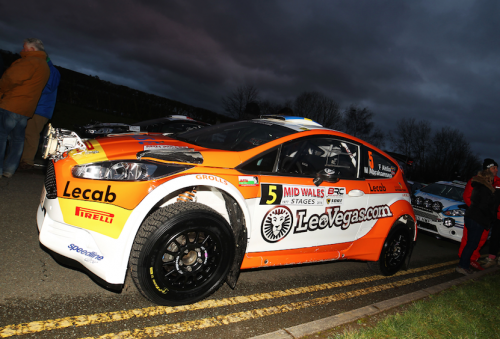