Pinter out to prove Aussie rules

Up and coming Australian rally driver Rhys Pinter has confirmed he will be on the start line for round one of the DMACK Junior British Rally Championship driving a Ford Fiesta R2 for Forester Rallying, Two 4 Motorsport.

Pinter is thrilled to have support from several Australian companies including a new Australian oil brand Atlantic Oil.

“Atlantic Oil is yet to hit the UK market but it is looking promising for the company and to have me represent them as an ambassador is great. To have the Australian connection as well is pretty cool as well.”

“To receive the phone call about the BRC and seeing all the promotion, I am so excited to be once again supported by them as a major partner for 2016. So full credit to the BRC management for creating a cracking championship that I can now be a part of.”

Rhys’ aims for 2016 is to compete in as many events in the BRC and gain as much experience as he can against some of the best drivers the UK.

At present he will contest the opening three or four rounds but hopes to complete the entire season, but due to the weak Australian dollar, this has halted plans for a full season attack.

“The Australian Dollar is buying less than 50p at present, so at the moment we do not have the budget for the full season, however I will be doing my best over in Australia to find sponsors and hopefully linking up with some companies in the UK. If I have to I’ll be looking under couches for anything I can get,” laughed Pinter.

Rhys will use his knowledge and experience from competing in an R2 from Australia to surprise some competitors and get some solid results.

“There are some top quality junior drivers competing in this series and I will learn a lot from the events. If I can be close to the front-runners of the Junior category which I believe is possible, I’ll be very pleased with myself. Mid Wales cannot come round quick enough!” 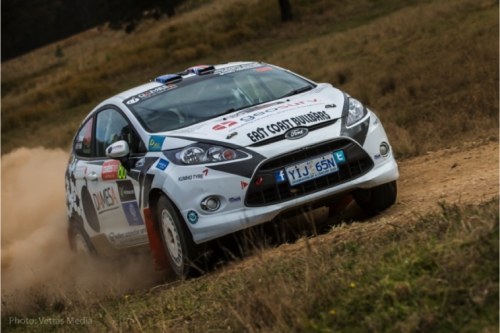