The 2017 champion has long been a sight on the forests around the UK but has not been on the British Rally Championship tour since 2007. Petch and co-driver Michael Wilkinson had an unlucky run of form in the series in a Mitsubishi Lancer before heading into WRC machinery in 2008 and over 10 years as part of the BTRDA series.

In a change of scenery for the Durham man, the enforced sabbatical of the sport due to COVID-19 brought about a new outlook on his rallying career and Petch elected to try something different in 2021.

“We won the first two round of the BTRDA in 2020 which was great for us really, but then of course COVID meant we didn’t have a championship to chase any more” says Petch.

“But the break really made me look at everything differently and I very quickly realised I was stuck in a rut. They are great rallies, but its very much the same old, same old so I needed to look at different events to do. I saw the BRC were accepting World Rally Cars as part of the National category and the calendar looked very appealing. Some new events in there which offer a real challenge for me and it fits with my work plans so we just decided to go for it”.

Petch is arguably one of the most experienced gravel front-runners in the UK but felt the need to push himself in 2021.

“The calendar works well and although tarmac is not my preferred surface I need to do more of it really. Its going to be a difficult start as I`ve never really rallied at a circuit before [Oulton Park hosts the opening round] but I`ll be doing the best I can. The car loves every surface you put it on and I`ll be pushing on when I feel comfortable. “

“It will be great to enjoy something different this season”. 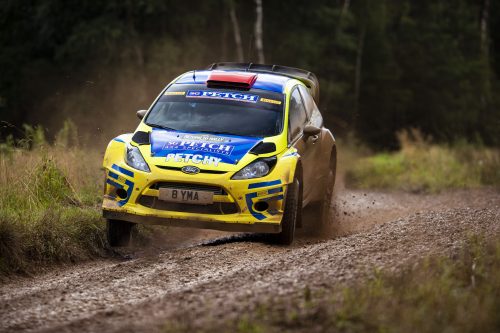