Seb, son of two-time BTRDA titleholder Steve will swap his circuit racing campaign for a season in the BRC after “completing his time” in British national racing and seeking out new opportunities.

“The British Rally Championship was not really something I was thinking about at the end of last year I`ll be totally honest,” says Perez.

“I was trying to continue within my circuit racing career this year but with the challenges of COVID and travel, it’s become very difficult to go abroad at the moment. Coupled with the fact that my European race aspirations for this season didn’t quite go to plan, we had to look elsewhere.”

The 21-year old Chesterfield driver is contesting several historic race championships this year but a chance conversation saw him mount a BRC campaign in what is set to be a quieter season on the circuits.

“We were sat there one evening and the topic of the BRC came up. I gave it a lot more thought and decided that it could be a great challenge. I have always seen British Rally Championship as a fantastic series and seriously competitive. It’s actually something I’ve thought about doing for a few years but never really had the chance’”.

Perez is no stranger to stage events, having started his career in the popular Junior 1000 series before many outings in both modern and historic machinery over the years. Turning to circuits, he followed the racing pathway and progressed through the TOCA categories with success at every level including the Ginetta Junior and Supercup series as well as the Porsche Carrera Cup GB.

However, faced with an unusually quiet season, Perez will return to his roots and get behind the wheel of the latest Rally2 machinery from M-Sport.

“I was lucky enough to drive the Fiesta Rally2 when it was first released and managed to do the Grizedale Stages in it in 2019 and it was certainly a great car to drive. Nevertheless, it will be a huge learning curve and there will be a lot to take from it for sure.

“I think Oulton Park will be quite beneficial for me [as the first round] as I know the layout pretty well from my circuit experience and some single venue events there so it will just be a case of combining that all together. From Nicky Grist onwards it will be a little unknown but I`m feeling pretty optimistic about the season ahead”. 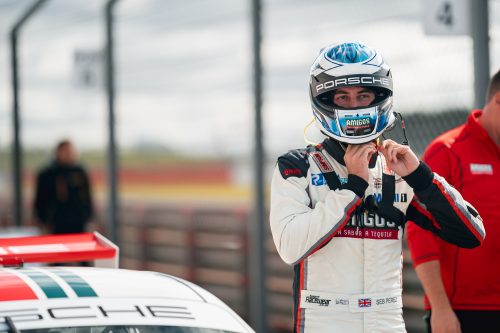