Scottish rally driver Garry Pearson will be aiming to scoop the Motorsport UK National Rally Title behind the wheel of a Dom Buckley RSC Ford Fiesta Rally2 in 2021.

Pearson, from Duns was a mainstay of the British Rally Championship in the two-wheel-drive era between 2011 and 2014, first contesting the BRC Challenge before moving up into the top-flight in 2012. A winner of the Renault Twingo Trophy, Pearson stayed in the British Championship until a season in the French Peugeot 208 Cup beckoned.

The lure of four-wheel drive machinery proved too much and he returned to the Scottish Rally Championship for 2016 in a Fiesta R5, providing a close-cut battle for the title which went down to the final round, with Pearson only missing out due to a technical issue on the last stage of the rally.

A one-off outing in the BRC in 2017 at the Pirelli International showed promise, sitting in fourth overall ahead the likes of Matt Edwards, Rhys Yates and David Bogie, before getting beached on a chicane on the fifth test of the event.

Sporadic seasons in the SRC followed, but with a major title eluding the Scot, Pearson is now looking to the BRC National Rally series for his first major championship victory.

“Its going to be a challenge that’s for sure” says Pearson. “I have been looking to push myself and find new events and new goals so the BRC National Championship fits right in with that. I know we have missed a round but the season is long and I’ve managed to get some good seat time lately so I feel pretty match fit at the moment.”

“But I know the pace will be hot at the front so I`d like to think I can be pushing for a win, even though I`ve never done the Nicky Grist [next round] before”.

Pearson will be co-driven by Irishman Niall Burns and use a new Rally2 Fiesta backed by Asset Alliance Group, albeit with a bigger restrictor allowed in the National category.

“The competition looks strong and it will be step up for me I think. You know it was great to be fighting with the Scottish Championship regulars but I think the BRC pace is on another level really. I`ll have to do a lot of preparation to be able to hit the ground running in Wales but hopefully I`ll feel much more at home on the Grampian in August; I`ve done that one a few times!”.

Pearson won’t be carrying out a recce on the Grist either, as he plans to aim for BTRDA points at the rally.

“It wont hold me back [having no recce] as we can’t recce on any round of the SRC so I`m used to that. As I say it’s a long season and there will be plenty to learn about the new car and the events, but I`m really looking forward to the challenge. I`m definitely up for seeing what we can do”. 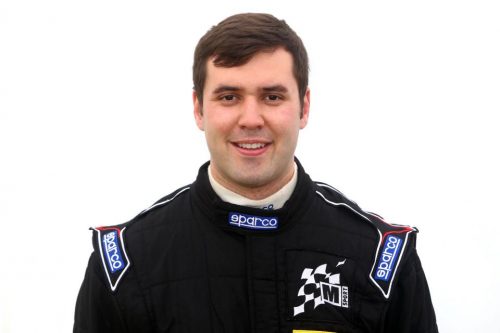