Pearson is no stranger to the event having competed on this very event in 2012 and 2013. This year he’ll embark on just his second season in an R5 car, with his Dom Buckley prepared car.

The Duns driver – who has welcome backing from Pirelli, Pearsons of Duns, Motordrive, Rallytech, Faithful Tools and Hargreaves – said: “I’ve had limited success on the Carlisle based event, but have always enjoyed the rally and the Kielder stages.

“We’re working harder than ever to make sure we give ourselves the best chance and over the winter have been trying to find the limits of the Fiesta. We have to be realistic with our chances though as we haven’t the experience of the guys around us or the testing time in the car.

“The competition in the BRC is the best it’s been for years and it’ll be hard to make an impact, so we really need to stick to our own strategy and learn the pace.”

Pearson will be partnered in his Fiesta by Paula Swinscoe for the first time, although the duo has been testing.

“This was only my third time in an R5 car, and first time in a car with Garry, but it’s felt quick from the start,” said the reigning MSA Scottish Rally Championship winning co-driver. “I’m really looking forward to working with Garry in the RSC run Fiesta this year.”

Last season, Pearson looked set to win the Scottish Championship before an engine manifold issue meant he had to retire on the penultimate stage of the final round of the year while leading the championship. In 2015, the 25-year-old competed in the Peugeot Cup in France in a 208 R2. Before that he finished seventh in the 2014 BRC while also competing in a Peugeot 208 R2. 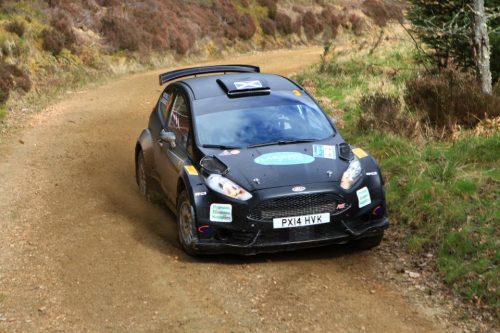