The British Rally Championship is today (Thursday 21 May) delighted to announce that leading manufacturer of performance custom computers and laptops, PCSpecialist and high-performance processor and graphics card manufacturer AMD are joining forces with Britain’s premier rallying series as title partner of the BRC Esports Invitational Series – which is played out on the hugely popular DiRT Rally 2.0 game by Codemasters.

As the British Rally Championship is on pause due to the COVID-19 situation, the formation of the PCSpecialist BRC Esports Invitational Championship has filled the competitive gap, as the stars of the 2020 series go head-to-head in the virtual world.

The synergy between the BRC, PCSpecialist and AMD couldn’t be stronger as the state-of-the-art Esports rallying series is won and lost by a handful of seconds – demanding the best out the driver, while the computing powerhouses provide the upgrades to equipment for that extra performance advantage. Those wanting to upgrade their set-up can do so by visiting pcspecialist.co.uk and by using the code: EBRC  – gamers can receive a discount for the latest PCSpecialist products.

Co-driver James Morgan surprised the established as he took the spoils on the opening round earlier this month – the Welshman right at home on the virtual Welsh gravel stages as he took a six second win from Irishman Josh McErlean. With over 80,000 views from the first event, all eyes will be glued to Facebook and YouTube on 26-27 May as Morgan will be locking horns with fellow BRC stars Matt Edwards, Rhys Yates and James Williams and more once again.

Robb Boyd, Social Media & PR Specialist at PCSpecialist, said:
“In the current climate we’ve seen a wide range of sporting events turn to the simulation environment. As fans of sim racing, we are excited to be sponsoring the BRC invitational, providing high performance specifications on the AMD platform.”

“From competitive gaming to sim racing, we strive to bring our customers the best hardware to support this competitive environment. We hope this sponsorship will bring the same excitement of the BRC experience to the simulation racing scene.”

Ben Rimmer, Northern Europe Component Sales Manager at AMD said:
“Virtual racing has had an amazing role in keeping motorsport fans and drivers connected in recent times, and we’re excited to be collaborating with the BRC and PCSpecialist to bring our high-performance computing products to the BRC Esports Invitational Series. We are proud to deliver the cutting-edge AMD technology needed by the drivers to gain the competitive edge and look forward to watching the stars of the 2020 BRC series battle it out in the invitational series.”

Iain Campbell, BRC Championship Manager said:
“We are excited to collaborate with PCSpecialist and AMD and the newly formed BRC Esports Invitational. The first round created a great deal of online buzz and excitement and we expect the second-round next week to be even more exciting. The set-up our competitors have at home is just as professional as their real rally cars and the products from PCSpecialist and AMD are just as cutting-edge – fitting perfectly with the growing popularity and professionalism of the British Esports series.”

Running alongside the PCSpecialist BRC Esports Invitational is the Motorsport UK eBRC. This competition follows in the gaming wheel tracks of the Invitational event – with members of the public taking part on the same stages, as they fight for the first Esports competition to be recognised by the governing body of four-wheel motorsport in the UK. A British title and an opportunity to test a real rally car is the tantalising prize at the end, and the competition is open to any Motorsport UK licence holder. Those not yet a member, can do so today, by joining Trackside for £19.99 by using EBRC20 at trackside.motorsportuk.org.

For all the latest updates on the BRC and eBRC – head to britishrallychampionship.co.uk 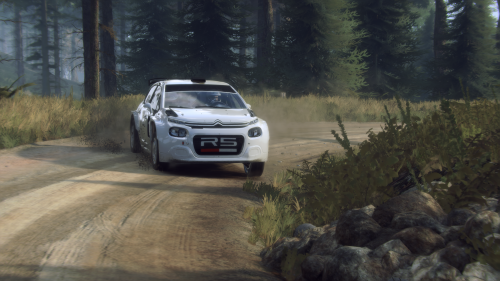